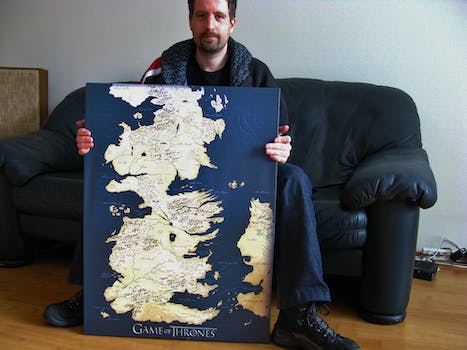 Getting directions from Winterfell to King’s Landing just got a lot easier: a Reddit user has created a Google map of the Seven Kingdoms that you can buy and hang on your wall.

Fan-made maps for the world of Game of Thrones have always been abundant. From coffee tables to Minecraft replicas to interactive versions, there will never be a shortage of attempts to map the cartography of the world of Westeros.

This week, Reddit user selvag, creator of the Etsy shop Mongo Life, shared a special treat with fans at r/GameOfThrones: an image of Westeros—as it would look on Google Maps.

“I made a Google Maps version of Westeros for my shop,” selvag wrote. “[T]hought you guys would like it too.” 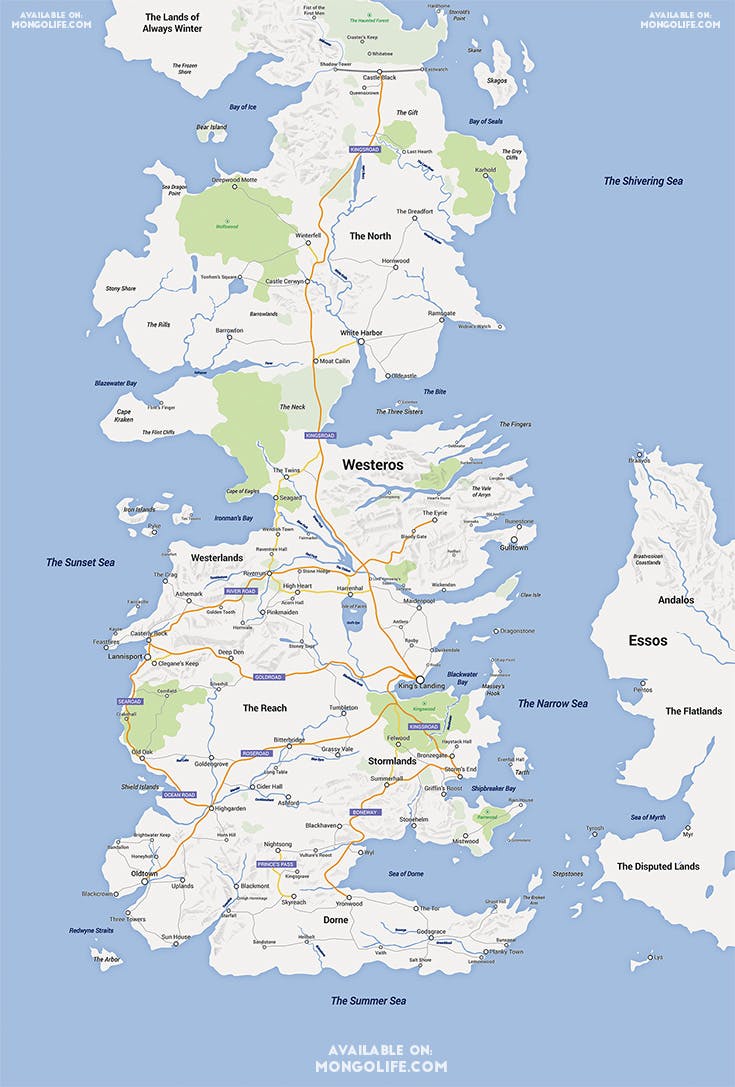 Grateful Redditors promptly flocked to his Etsy shop to buy the map, causing it to briefly sell out. Here’s a glimpse of what the map looks like framed. 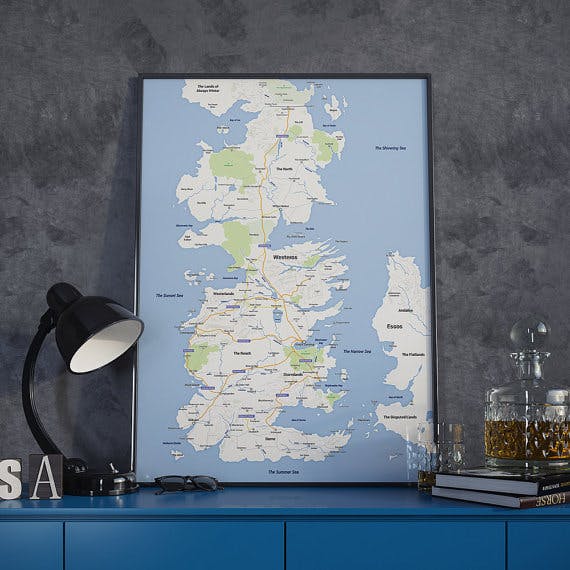 In fairness, selvag isn’t the only artist to design a Google version of Westeros. Designer Guy Douglas, also an Etsy user, has a similar map.

Naturally, redditors debated which websites offered the best, most accurate, and most beautiful maps of the Seven Kingdoms. By now the geography of Westeros is probably as well known to fans of George R.R. Martin‘s universe as the geography of planet Earth itself. In fact, geography is so central to the show that last year HBO arranged to have the tiny English town of Kings Langley rename itself to King’s Landing in conjunction with the season 3 DVD release.

At this rate, it’s only a matter of time before we’ll be accessing Google Street View as we travel down the Kingsroad.