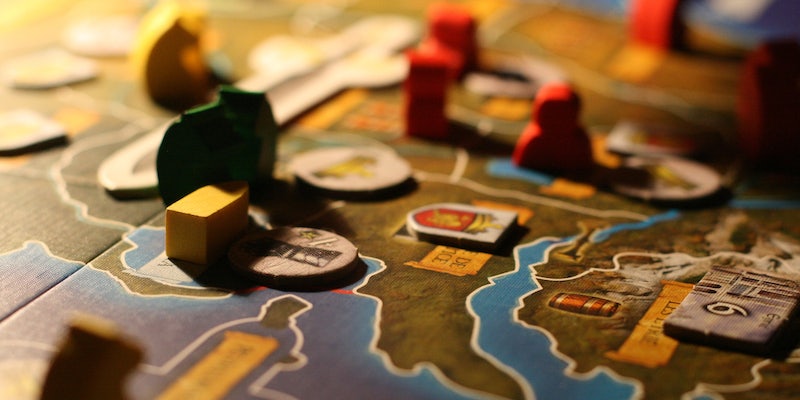 Is ‘Game of Thrones’ writing a major character out of season 5?

A major character from A Feast For Crows was missing from the major Comic-Con casting announcement.

Warning: This article contains spoilers for future plotlines in Game of Thrones and A Song of Ice and Fire.

The new cast for the fifth season of Game of Thrones has been announced, but there’s at least one giant glaring omission for book fans.

Comic-Con proved to be a huge weekend for the show, which has been on hiatus since June and doesn’t come back for almost another year. There wasn’t any new footage to obsess over, but along with a blooper reel, fans got their first look at the nine newest members of the cast, who introduced themselves along with which character they would be playing.

But, like with other plots from the show, it’s not always what was included or changed, but rather, what’s been left out, that’s got people fuming. And the omission of a crucial character has fans worried.

Much of the casting has fleshed out the Martell family or people affiliated with the Martells. If you’ve managed to avoid news about shooting locations before now, this essentially confirms that we’re definitely going to Dorne next season, the home of the recently deceased Oberyn Martell and his paramour Ellaria Sand.

Missing from that casting call, however, may be the most important Martell of all: Arianne Martell, daughter of Prince Doran Martell, brother to Oberyn and the current ruler of Dorne. She is also the heiress to Dorne; unlike the rest of Westeros, the line of succession goes to the oldest child, regardless of gender. She’s a POV character in A Feast for Crows, and much of what happens in Dorne is seen from her eyes.

She’s smart and calculating, she owns her sexuality, and she’s a player of the game in her own right. In a turn of events that go disastrously wrong, she tries to put Myrcella Baratheon on the Iron Throne due to the laws of succession in Dorne that would have her be queen before her brother Tommen is king. It’s something Arianne does because she wants to assert her claim to Dorne after she believes that she’s been disinherited.

Both characters make it out alive, but Myrcella is left disfigured, and Arianne is punished before she’s let into the plans that Doran has been quietly plotting that will have bigger implications for Arianne, Dorne, and possibly all of Westeros.

Like the other Martells, she has black hair and olive skin and offers some much-needed diversity in a mostly white Westeros. To this point in the series, she’s the only woman of color to have her own POV chapters.

However, with the description of her brother Trystane (who, like Myrcella and Tommen before him, has been aged up a few years), it looks like Arianne may be written out of the show.

“Trystane Martell is Prince Doran’s son and heir to Dorne. His father betrothed him to Myrcella Baratheon as part of the alliance offered by Tywin Lannister, then Hand of the King.”

Now, David Benioff and D.B. Weiss haven’t explicitly said that they are planning to write Arianne out of the show; she could always be cast at a later date  or in a future season. Ser Aerys Oakheart, her main love interest in AFFC, has also not been cast yet, along with Arianne and Trystane’s brother Quentyn, any of the Greyjoys, or Jon Connington and Young Griff.

In a scene from season 4, Oberyn clearly tells Cersei Lannister that he has eight daughters in Dorne, but only three of them have been cast so far. Still, that line may be enough to possibly bring the other five in at another time.

But just the mere thought that Arianne’s going to be cut is enough to infuriate fans.

ARIANNE MARTELL DEMONSTRATES THE STRUGGLES YOUNG PEOPLE ESPECIALLY GIRLS GO THROUGH LIVING UP TO PARENTS EXPECTATIONS AND THEY CUT HER OUT?

No Arianne Martell. How can you have Dorne without it’s heir?! replacing her destroys what Dorne represents! pic.twitter.com/iBAw01xZnY

For many of them, writing out Arianne and potentially giving her role in the books to other characters is not a good sign. Arianne is an example of showing how differently Dorne is to the rest of Westeros, particularly when it comes to how women are treated, and taking that away would be regressive.

“[If omitting Arianne] is true, what they’ve done is taken a major POV chapter female character from the books and erased her and given her role to a male FOR LITERALLY NO REASON,” apriki wrote on Tumblr.

However, Axechucker over at Watcher on the Wall argues otherwise, and believes that cutting Arianne from the plot wasn’t a sexist move from Benioff and Weiss and called them “keenly-intelligent and progressively-minded dudes.”

The article continues to theorize how the plot of putting Myrcella on the throne could play out without Arianne and believes that Myrcella, now played by an older actress, could actively partake in her own story instead of playing a more passive part, or what is being called a Moment for either Doran or Myrcella herself—one which may ultimately result in Myrcella’s death.

“If we are constantly reminded of a woman’s right to rule—which is what Arianne does, essentially—then the Myrcella plot won’t be a plot twist,” Axechucker wrote. “They won’t have that big Moment. I honestly think they’re looking to play it out as a triumphant eureka! thing. Or at least the beginning of one.”

While Martin emphasizes that the show is the show and the books are the books, omitting a character will ultimately make many fans question whether that character is important to the endgame. Taking out Arianne makes fans wonder how the show will handle Young Griff, who’s revealed to be Aegon Targaryen in A Dance With Dragons. She’s sent to meet him, he and may end up playing a huge role in Arianne and Dorne’s story in future books.

(Incidentally, Arianne isn’t the only one not slated for involvement in season 5; A Song of Ice and Fire author George R.R. Martin is forgoing writing his one episode a season in order to finish The Winds of Winter.)

There’s still no confirmation on the fate of Arianne’s character, so until we actually see the episodes, we can only do what people do best during a hiatus: speculate.