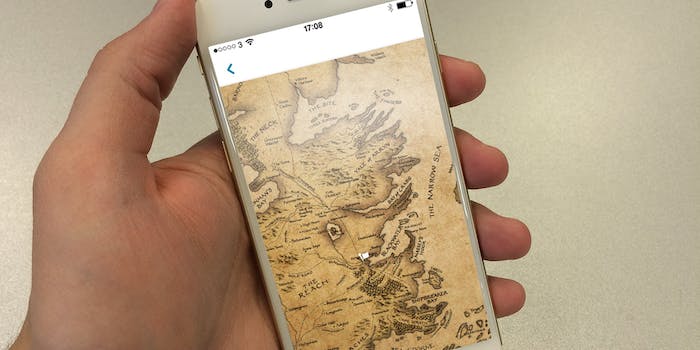 Get the backstory on ‘Game of Thrones’ without reading all 5,000 pages

This app promises the juicy details without the spoilers.

The Internet is a minefield for Game of Thrones fans who want to learn more about A Song of Ice and Fire without getting spoiled about future plotlines.

But now George R.R. Martin has teamed up with his U.K. publisher to make that search safer for fans than ever.

HarperCollins U.K. released A Game of Thrones: Get into the Books app free for iPhone on Thursday in collaboration with Martin and the digital product studio Reason. It aims to be a “bridge product” for show viewers who haven’t read the books. As of right now, there are no plans to release an Android version of the app.

Whether you’re still making your way through ASOIAF or have never read a single page, this app is for you.

In fact, the app was created for Game of Thrones fans after they expressed a need to help show fans jump into the books, especially those who find the more than 5,000-page saga (and counting) to be rather intimidating.

Once you download it, you’ll be prompted to tell the app how far along in the show you are so you won’t be shown any spoilers from future episodes. 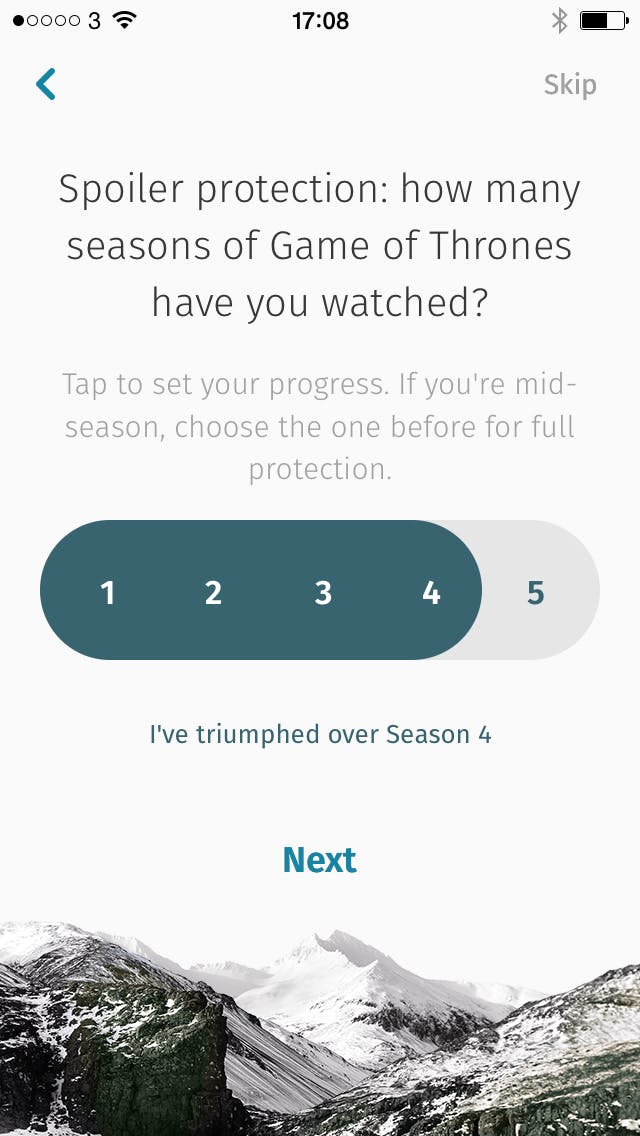 With more than 40 excerpts to choose from, you can view different passages and read key scenes such as the Red Wedding and Daenerys Targaryen’s wedding to Khal Drogo, learn more about different characters and creatures such as the White Walkers, and view the map of Westeros to get a better idea of what it looks like beyond the show’s intro sequence. 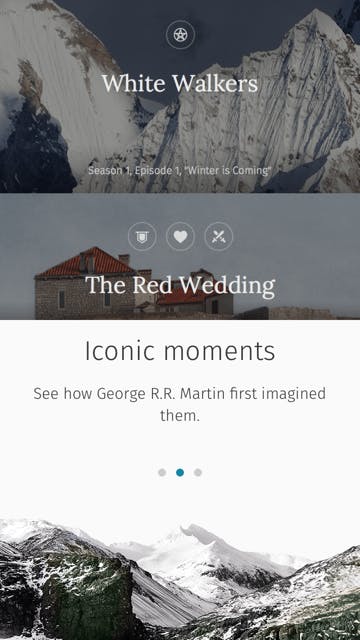 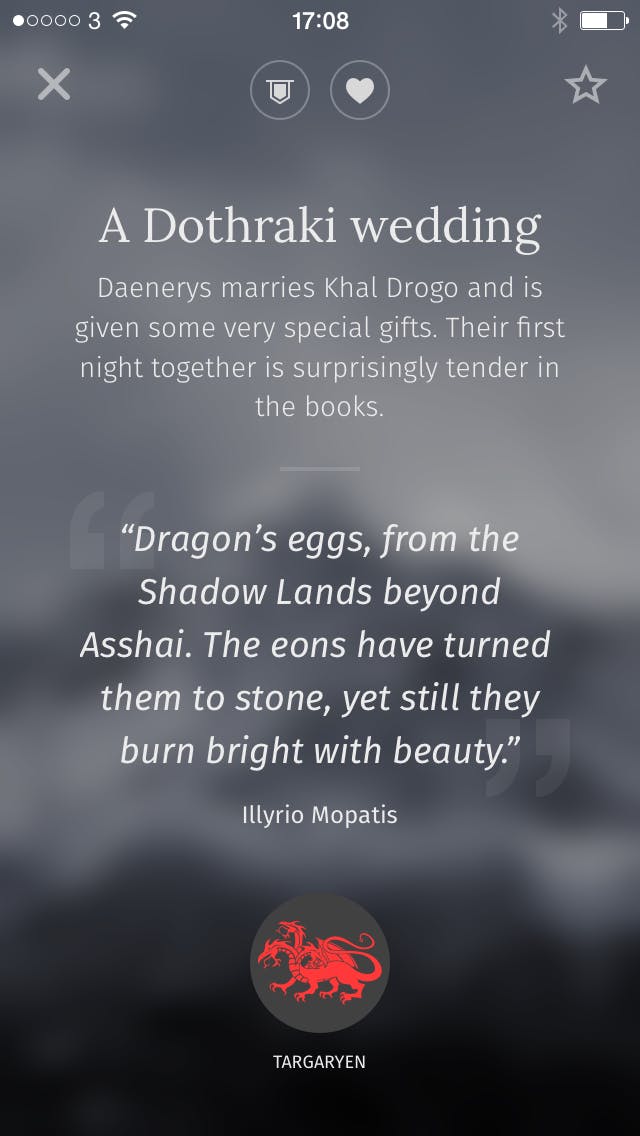 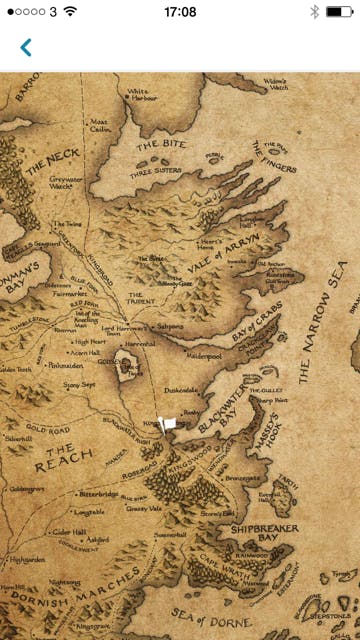 The publishers are hoping that by giving fans a taste of what they’re missing they’ll be inspired to start reading ASOIAF for themselves.

“We are thrilled to be able to offer this new way into the books, and to enable TV fans to discover how much they have to look forward to from the reading experience,” Jane Johnson, publishing director at HarperVoyager, told the U.K. site The Bookseller. 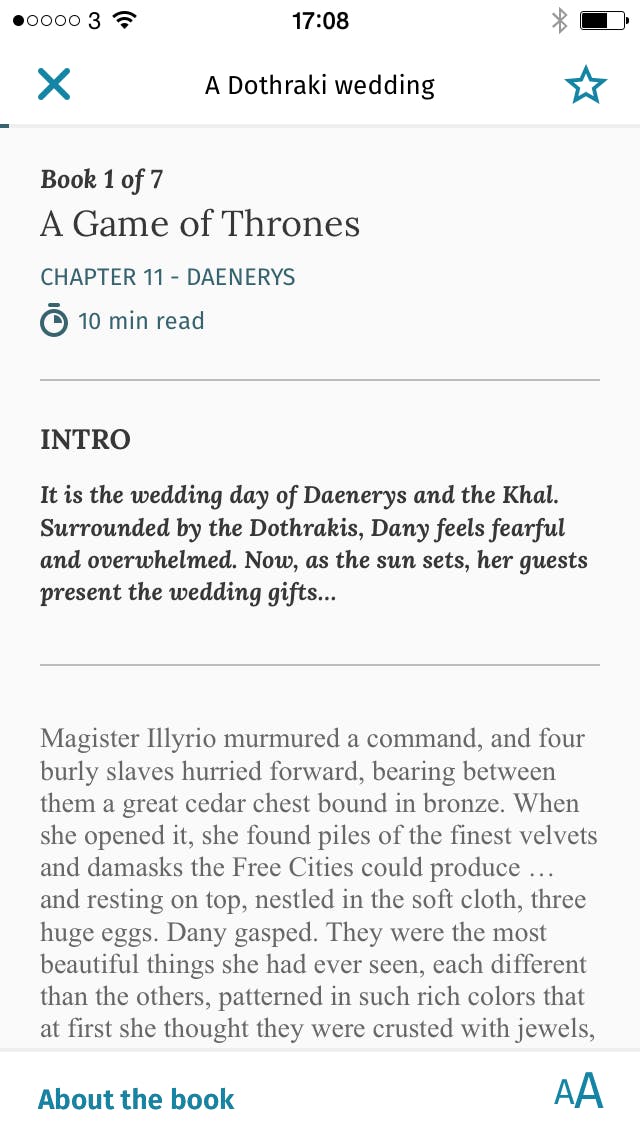 While the app is currently available in the U.K. and all over the world, you won’t find it in the app stores of a few select countries (including the U.S.) for a very specific reason: HarperCollins doesn’t publish ASOIAF in those countries.

@michejaw Hi there – the app is available everywhere but the US, Canada and Philippines (we are not the publishers of the books there)

Until those publishers (such as Bantam Books in the U.S.) puts out something similar, those fans may still have to wade the Internet’s potential spoilery waters or better yet, befriend a book-reading expert who will gladly tell you what you need to know.