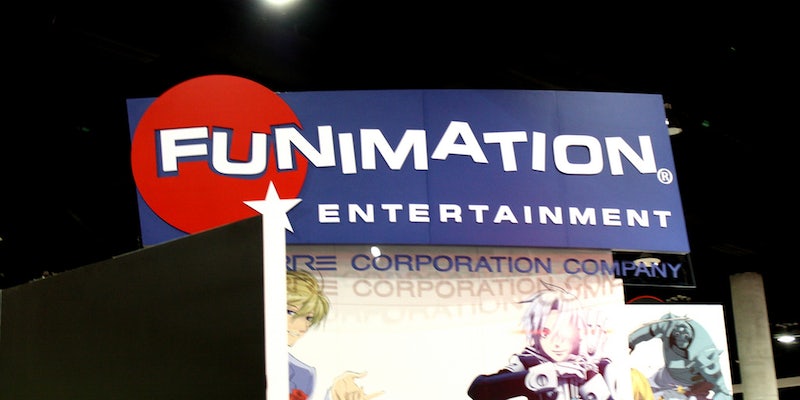 Funimation takes a tolerant position, but it's missing a key point.

In recent years, fanart has proven a controversial topic at fandom conventions. While most conventions have an “Artist Alley” where fans can display and sell their fanart and other artwork, a trend has arisen in recent years of cons banning the sale of fanart. The bans are due to fear that such items could be viewed as copyright infringement.

That’s why a new statement from Funimation, issued last week in conjunction with Anime Expo, is a double-edged katana for proponents of fanworks as legally sanctioned works.

On the one hand, Funimation has promised not to crack down on fanart of its licensed properties that are sold in Artist Alleys. That’s good news for cons worried that the fanart in their alleys might get them in trouble with distributors like Funimation and other streaming anime networks or manga publishers.

On the other hand, Funimation’s stance on the issue basically argues that fanart definitely “infringes the copyright holder’s rights”—they’re just not going to do anything about it.

And anything using Funimation-licensed “brand names and logos” is firmly off-limits for fanartists because of Funimation’s decision to rigorously enforce its trademark. Here’s an excerpt from its full statement:

Despite FUNimation’s legal stance on this issue, FUNimation appreciates the entertainment, education and skill that goes into and arises from the imitation and creation of works derived from existing works of popular manga and anime. FUNimation likewise realizes that the “Artist Alley” area of most conventions can be a good showcase for these works and therefore FUNimation tends not to enforce its copyright rights against those in Artist Alley who may be infringing FUNimation’s copyright rights.

The reason fanart is controversial is that some copyright holders argue that they are derivative works—blatant copies of the original—instead of transformative works, which do something new with the previously existing work and are thus protected by fair use copyright law in the U.S.

To get around these discrepancies, some major cons, like AnimeNext, specify that any fanart sold in Artist Alleys must not be a derivative copy of a previously existing piece of art; others, like NekoCon and Katsucon, specify various ratios of fanart to original art that must be maintained at art tables.

So it’s good to have a major player on the con circuit like Funimation definitively stating it supports fanart in artist alleys. But as Rebecca Tushnet, copyright expert and cofounder of the Organization for Transformative Works, explained to the Daily Dot via email, Funimation’s statement isn’t as tolerant as it might appear at first glance:

“[I]t’s notable that there’s no mention of fair use,” she said. “Fan art can be non-infringing fair use; elements of whether it is fair use include how transformative it is (how much new meaning and message it adds); whether it’s commercial or not; and whether it displaces a market for ‘official’ goods.”

So it doesn’t matter that they’ve declared they won’t be going after commercially sold fanart? Not necessarily, according to Tushnet:

“It somewhat depends on what they actually do, but they are clearly claiming that fan art is in fact infringing copyright, even if they indicate they usually tolerate it. So I wouldn’t feel very reassured by this statement.”

On the subject of Funimation’s stance on trademark, Tushnet was still more critical:

Funimation’s statement is an unfortunately common misunderstanding of trademark law. Trademarks are lost when they no longer signify a single source (for example, when “Thermos” became the generic term for a vacuum bottle), but they are not lost, and trademark owners don’t lose their rights, when there are specific instances of nonenforcement. Moreover, when the underlying uses are referential—they refer back to the trademark owner—they pose no threat to the trademark at all.
Google’s famous trademark, for example, only gets more famous when we tell each other to “Google it.” The movie “The Coca-Cola Kid” did nothing to weaken Coca-Cola’s trademark, nor does fan art, unless the fan art is being sold by someone who claims it’s an official product. Trademark owners like to blame the law when they act heavy-handedly, and trademark lawyers certainly benefit when they can convince their clients that this is the rule, but the law itself is far more sensible.

For more on this, see [this article from Electronic Frontiers] which includes a great quote from a court case: “The owner of a mark is not required to constantly monitor every nook and cranny of the entire nation and to fire both barrels of his shotgun instantly upon spotting a possible infringer.”

So not all fanart is infringing material, and arguing otherwise only serves to confuse and de-empower artists who should be aware of their rights, while making it harder for fans to access works in the fandoms they all share.

Hopefully for those who make and enjoy fanart, the tolerant position Funimation has adopted will be joined and echoed by other rightsholders—ones who acknowledge fanworks’ protection under fair use.