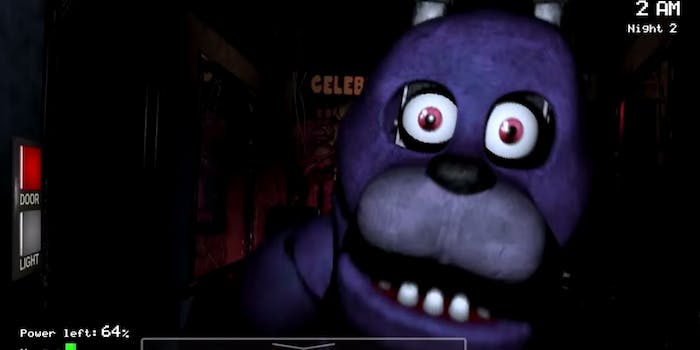 Five Nights at Freddy’s, the indie game that locks players in a Chuck E. Cheese-ish restaurant filled with cuddly characters who also want to kill you, is getting a movie.

That Five Nights at Freddy’s is sometimes referred to as a survival horror game, a genre that includes the Resident Evil and Silent Hill franchises. That should tell you a lot about how terrifying the game can be. And the original game was so popular it spawned two sequels. Both explain why Warner Bros. has acquired the game’s movie rights.

There is no script for the project yet, but producer Seth Grahame-Smith said that Scott Cawthon, the developer of Five Nights at Freddy’s, will have input into the adaptation.