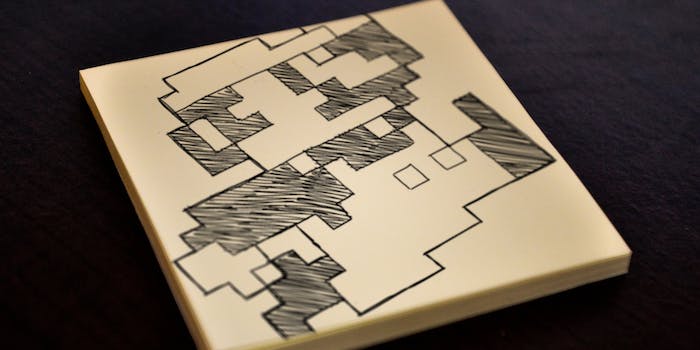 And so begins the “who’s-who of video games” list.

Pong, Pac-Man, Tetris, Super Mario Bros., Doom, and World of Warcraft are the six games to bring with you to a desert island, if you can only bring six and have a portable generator.

These are the six games that make up the inaugural class for the World Video Game Hall of Game, which is hosted by The Strong National Museum of Play in Rochester, New York. You can also find the International Center for the History of Electronic Games at The Strong, so it seems like an an appropriate place for a Hall of Fame. The Strong has video game nerd cred.

The criteria for inclusion in the Hall of Fame are icon-status, longevity, geographical reach, and influence. It’s difficult to argue with this list of inductees.

Pong, one of the earliest games in arcades and on home consoles, was the spiritual descendant of Tennis for Two, created at Brookhaven National Laboratory in 1958. Pong became the de facto launch title for the first game console, the Magnavox Odyssey released in 1972, and helped put the Atari 2600 and its paddle-style controllers on the map in 1977.

Pac-Man was among the earliest games to break out of the video game world and widely into pop culture. Released in 1980, Pac-Man is still a go-to reference for video game culture as a whole. Just look at Bud Light’s Super Bowl commercial this year. Someone made a working version of the original arcade cabinet, in Minecraft. Pac-Man also factored heavily into the professional video game circuit in the 1980s.

Tetris, released in 1984, sold-through more original Nintendo Game Boy units than any other title. It was a hit in arcades before that, became a symbol in the West for Soviet culture (whether that was appropriate or not), and arguably inspired all the match-four-type games that are popular on mobile devices. Playing Tetris even has cognitive benefits. It certainly taught legions of fans the best way to stack things in closets and load up their cars for long trips.

Super Mario Bros. defined the Nintendo Entertainment System in 1985, and introduced the platformer genre to a generation of console gamers who may have missed out on games like Pitfall on the Atari 2600. Mario, of course, is the de facto mascot for Nintendo to the present day, and another popular symbol for video game culture as a whole. Super Mario Bros. is also one popular in the speedrunning world.

Doom, released in 1993 was the second first-person shooter developed by id Software, but Wolfenstein 3D, released in 1992 could be considered a proof-of-concept for Doom, the earliest FPS game to popularize the genre. Such was the game’s omnipresence that some of the earliest FPS titles were referred to collectively as “Doom clones.” id Software continues to develop new Doom games, it’s another go-to for pop culture references, a target in the conservative agenda against “violent video games,” and it spawned a feature film starring Dwayne “The Rock” Johnson in 2005.

Finally, World of Warcraft was released in 2004 and is the default template against which any new massively multiplayer online role playing game is inevitably held up to, largely because so many MMOs have adopted the tools and styles that WoW perfected. WoW is far from the first MMORPG, preceded by famous MMOs like Ultima Online and EverQuest, but World of Warcraft took the systems used by MMOs, simplified them, and thereby made the MMO more accessible than any previous game in the genre.

All six games will be on permanent exhibition in The Strong’s eGameRevolution exhibit. Nominations for the 2016 inductees are open to everyone, and the deadline for consideration is March 16.