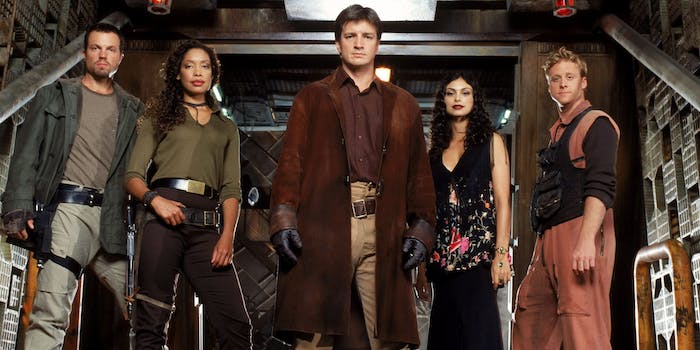 After years of waiting for something new, 'Firefly' fans are thrilled for this cast-voiced game.

For the first time in years, San Diego Comic-Con has brought us some major Firefly news. Not only is the Firefly MMO game almost ready to go, but the original cast will be reprising their roles for some voice acting work.

Firefly Online also released its first gameplay trailer, which focuses on the show’s fanbase. Various fans talk about what they’d do if they were captain of a Serenity-style spaceship, playing up the Sims-like angle of designing your avatar and spaceship in the game. It looks like Firefly Online is targeting Firefly fans rather than a wider audience of serious gamers, emphasising how players can explore the Firefly universe.

Gaming sites seem to be turning their noses up at this trailer, but that isn’t harming its popularity. The Firefly Online signup site is already down thanks to the massive volume of browncoats wanting an early look at the game, and the return of the show’s main cast is obviously a major draw.

Every year, the idea of a “real” Firefly reunion seems less and less likely, so things like Firefly Online will always be accepted with open arms. Joss Whedon wasn’t involved with this particular project, but it looks like the actors are still just as invested in Firefly as ever.