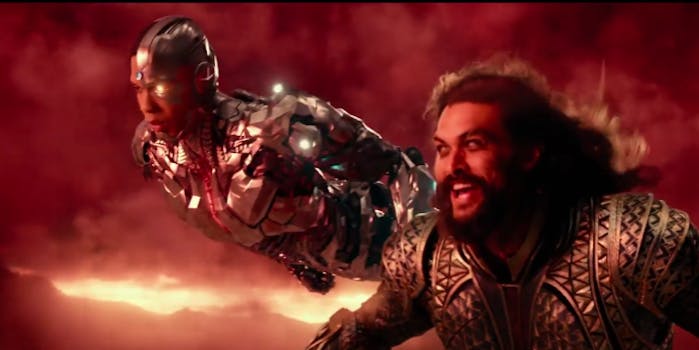 The Justice League is finally getting together, and it looks exciting as hell.

On Sunday, the latest trailer for DC Comic’s upcoming superhero mashup film dropped, and any fans who’ve been anxiously awaiting the movie’s release can take comfort that the final trailer is now public. All that’s left is the movie hitting theaters.

Showing the dawn of a world without Superman―opening with a scene of a beleaguered Lois Lane still grappling with his death―followed by Batman gathering up a superhero squad to fend off the coming invasion of the Parademons, there’s quite a bit packed into the three-minute trailer.

The Justice League film—which will see Batman, Wonder Woman, Aqua Man, the Flash, Cyborg, and Superman grace the screen together—has been a subject of massive anticipation for years now. Justice League is set to be released on Nov. 17, the third DC film directed by Zack Snyder, following Man of Steel and Batman v Superman: Dawn of Justice.

It’s a good idea for any DC fans who love this sort of epic amalgamation of their favorite heroes to enjoy it while it lasts, too. According to a recent report from Vulture, DC is said to be rethinking its cinematic universe and planning to refocus on movies starring individual superheros—like the widely acclaimed Wonder Woman rather than massive crossover properties like Justice League.