Once again, Supernatural actor Misha Collins has taken over Tumblr. And this time it wasn’t even thanks to a pre-planned Mishapocalypse.

After using Twitter to answer a few questions about GISHWHES, his ridiculously popular international scavenger hunt, Collins decided to throw caution to the wind and post his phone number online.

Yes, that’s his actual number. Or one of them, anyway. After a day and a half, it’s now been disconnected—but not before thousands of Supernatural fans and Misha Collins followers had texted him and left messages on his voicemail. And yes, a lot of those messages were probably just people screaming in excitement that they got through in the first place. 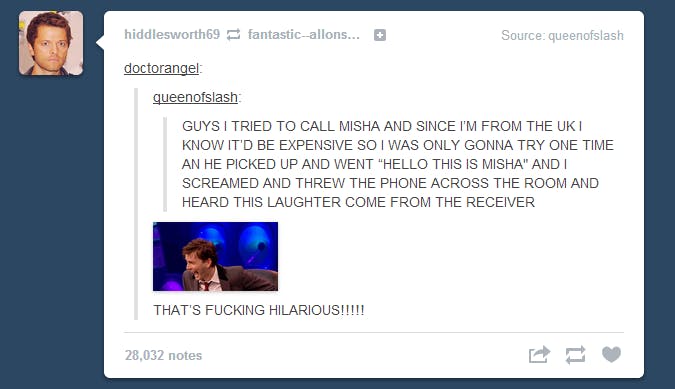 However, a few people did manage to get through, and unsurprisingly, Collins’ response was to act like kind of a troll. A benevolent troll, but a troll nonetheless. You know, the kind of guy who posts his phone number on the Internet to almost a million extremely excitable Twitter followers, and then sits back with a glass of wine. 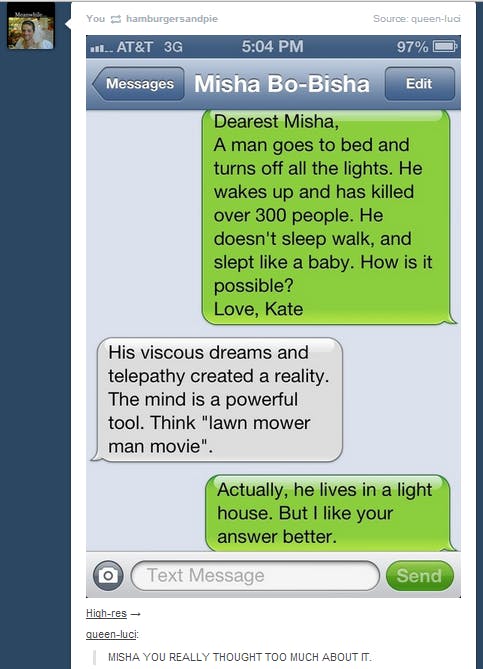 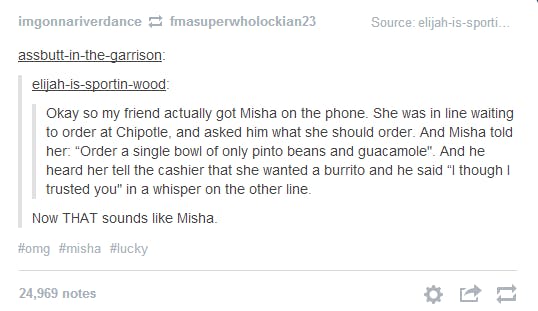 His fans are mostly used to it at this point. Some ended up calling him just to tell knock-knock jokes, while others apparently him pictures of kale. 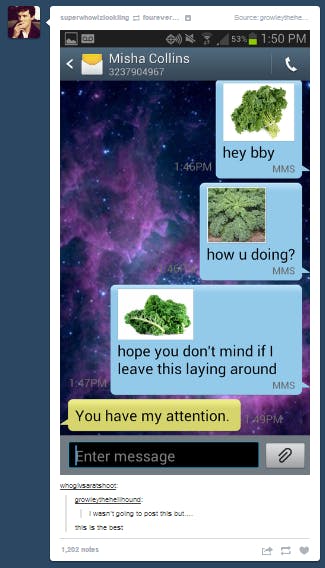 Oh yeah, and they asked him to do impressions of Chewbacca, because why not? 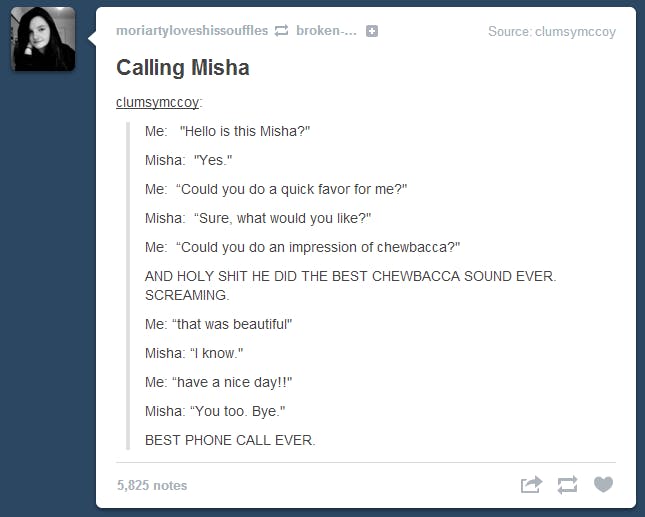 The phone number may have been disconnected, but we can be sure to expect something equally ridiculous in the future. After all, this is a guy who posts Twitpics of himself with yogurt all over his face, uses Twitter to defend his wife’s book about threesomes, and spoke out at a Supernatural convention about the sexism and homophobia in his own TV show. Basically, he does whatever he wants. And that isn’t likely to change anytime soon.