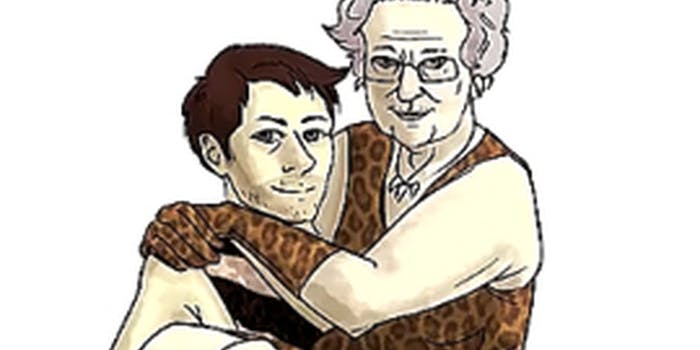 Last year, Supernatural star Misha Collins set a world record by sending fans on a scavenger hunt that spanned the world and the Internet. Now it’s back, and even bigger.

It started with a fake live Rhino and a successful public campaign to land Misha Collins and his fellow Supernatural actors on the cover of TV Guide.

Now it’s back for year two, and Collins is promising even more zany items to scavenge in GISHWHES—short for the Greatest International Scavenger Hunt the World Has Ever Seen. With over 6,000 participants worldwide, last year’s GISHWHES set a new world record. This year, over 10,000 people have signed up for the 5-day frenzy. The winning team gets a trip to Scotland to hang out with Misha himself—in a haunted castle, no less.

First came Collins’s promise of a prize rhino if his fans, colloquially known as “Misha’s Minions,” boosted him and fellow stars of CW’s Supernatural to the cover of TV Guide in October 2010.  After they won the challenge, he promised to “cut up and share” the rhino with those of his half-million Twitter followers who sent him a self-addressed envelope. The several hundred who did so received one piece of a rhinoceros jigsaw puzzle and an automatic entry into a weird impromptu scavenger hunt with items including photos of a sheep wearing a German flag, and participants smoking cigars with actor Jim Beam.

Most people didn’t take the rhino scavenger hunt seriously, but the ones who did had so much fun that Collins decided to do it again, for real this time. Last fall, he launched GISHWHES, a massive scavenger hunt with hundreds of items, ranging from the hilarious (“dance the cueca with a llama”) to the macabre (“birthday party in a morgue”) to the profound (“show true love”) to the totally random (“A painting/drawing of Misha and the Queen of England as Tarzan and Jane posing in a red chair”).

“You need a camera, access to the Internet, and the desire to be part of an amazing global community,” the rules state. Highlights from the 2011 challenge include church choirs singing “Eye of the Tiger,” judges posing as Darth Vader, and the creation of a game of Supernatural vs the Loch Ness Monster for Item #218, “turn your worst nightmare into a delightful interactive children’s website!”

And, of course, that flying Christmas Tree.

“I learned, loved and lived more in the past week than I have in some time,” writes one participant on the website’s testimonials page.

“It’s really kind of phenomenal, the pleasure people got from it,” Collins told the Huffington Post. “And then on the other end of that, I just get great pleasure from watching people humiliate themselves. So it sort of works for everyone.”

Registration closed Saturday night for this year’s scavenger hunt, which required a $10 registration fee to weed out the uncommitted and raise money for Collins’ charity, Random Acts.  Follow the progress of the hunt, which runs from October 30 to November 4th, on Tumblr, LiveJournal, Twitter, or Facebook.

And watch out for flying trees.