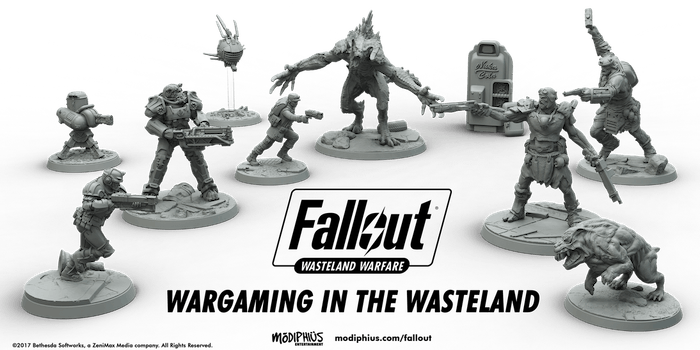 A new Fallout-themed tabletop game is on the way

Check out that mini Nuka-Cola machine!

Tabletop game maker Modiphius Entertainment has a new game on the way that’s sure to excite Fallout fans.

Modiphius revealed Fallout: Wasteland Warfare, a new miniatures wargame, on its Facebook page late Friday afternoon. There are few details out for now, but you can sign up on Modiphius’s website to get updates on the new game.

Modiphius already has a number of successful, Kickstarter-backed games under its belt, including Achtung! Cthulhu and Thunderbirds Co-operative Board Game. Modiphius told fans on Facebook that Fallout: Wasteland Warfare would hit Kickstarter this summer with some “fun extras” for those who want to preorder.