Subscription boxes are taking the world by storm. Whether they’re for your monthly nerd, bacon, or beauty fix, there’s something for everyone. There’s even several for science. But many of these box-of-the-month clubs come with hefty price tags.

But for the last five years, one nonprofit has quietly made and distributed tens of thousands of science kit boxes to low-income students around the world. Founded by Bay Area-based robotics engineer Saroj Pathak, Explorabox aims to bring hands-on science experiments to grade-school students and hopefully get them excited about science.

At the 2016 Bay Area Maker Faire—a celebration of all things engineering, art, and science—Explorabox had several experiments out for kids and adults to tinker with. Each kit is designed to teach some aspect of science, such as magnetism. These concepts can be simple—like dropping a magnet through a plastic vs. copper pipe—or they can be more complex, like simulating a high-speed rail system using magnets and a pencil.

Or here’s an example of a motor from the “electricity” kit. 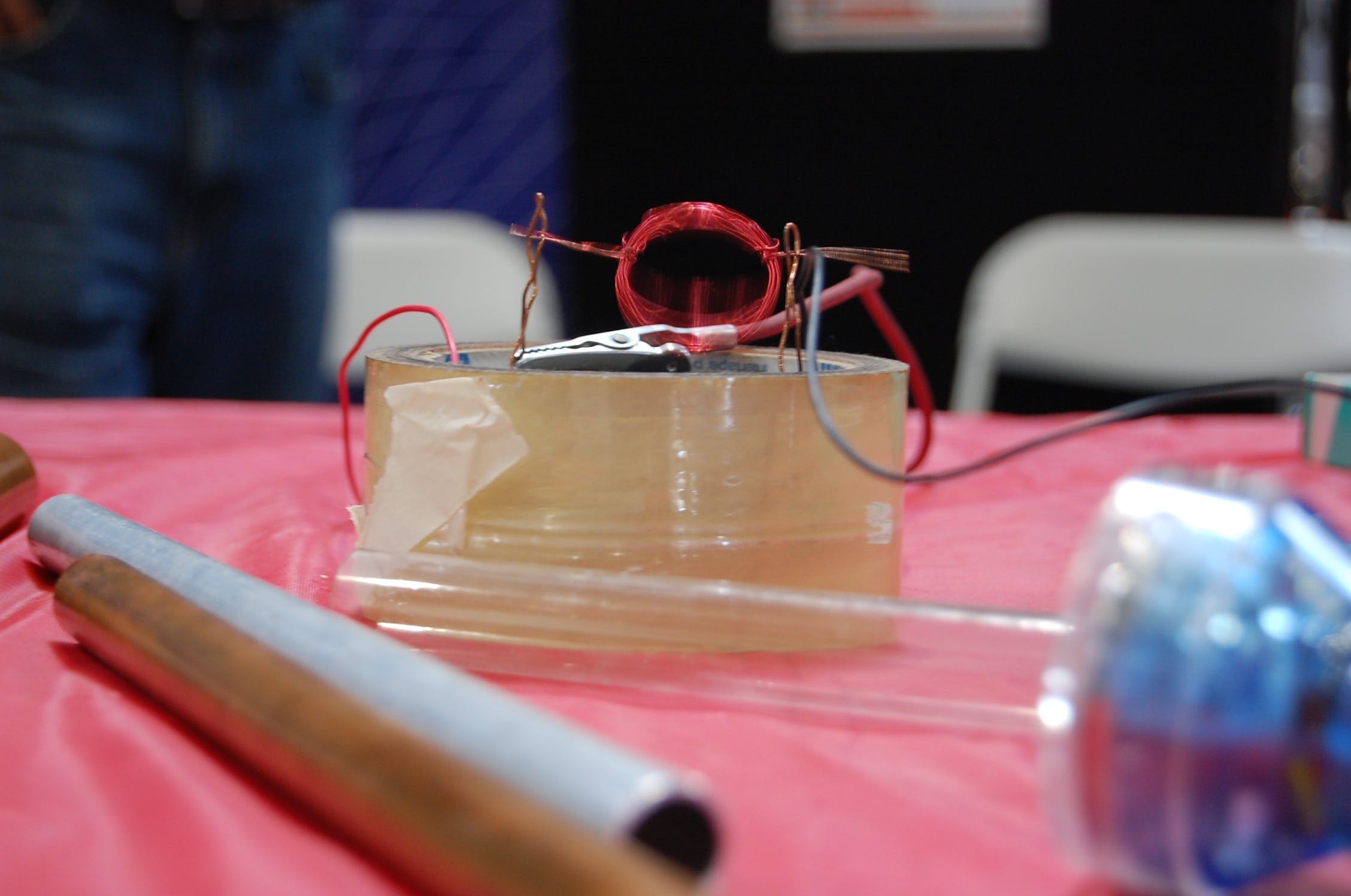 Pathak said she was inspired by how she would demonstrate scientific concepts to her own children when they were young.

“My kids, if you ask them what makes them interested in science, they will tell you that it was ‘the cool stuff mom used to make at home,’” Pathak said in an interview. But after doing outreach and education in low-income schools in San Jose, Pathak said she realized some children get few opportunities to get into science.

“There’s so much difference between haves and have-nots, even in the Bay Area,” Pathak said. “So even if we can get all the kids in the Bay Area to get hands-on science, that would make a huge difference.”

Each box contains everything needed to do the project, along with detailed, easy-to-understand instructions, so kids can get started right away.

All of Explorabox’s materials are inexpensive so costs can be kept down. The nonprofit is entirely volunteer and donation based—there are no paid employees and it doesn’t do fundraisers. That means its operation is small but extremely cost-effective, so more kits can reach more low-income students. For each box someone buys, Explorabox gives away another kit to a low-income family, school, or summer camp.

Though Explorabox partners with companies like Google and other nonprofits to reach more kids, its reach is still limited. In an email, Pathak said that it’s sold or given away 1,000 kits and reached about 10,000 students (some kits come with multiple projects in one box for classrooms and camps). As the nonprofit expands, Pathak said she hopes to add a monthly subscription service and more levels of complexity for each lesson.

Some day, she hopes to reach students all over the globe.