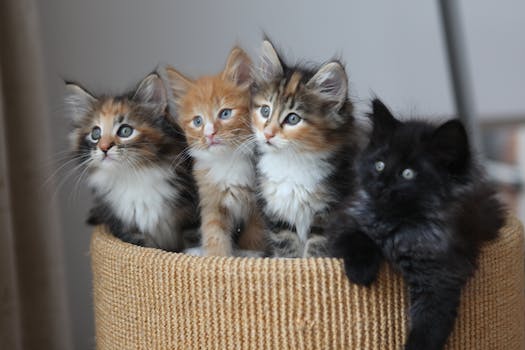 The Oatmeal smashes a Kickstarter record with the Exploding Kittens game

A card game about exploding kittens has earned more than $4 million on Kickstarter, in just one week. What!?

The Exploding Kittens card game is now the most popular crowdfunding campaign in Kickstarter history, having gained more than 108,000 backers so far.

Exploding Kittens is the work of game designers Elan Lee and Shane Small, along with webcomic artist/entrepreneur Matthew Inman, who is best known for his unfeasibly successful webcomic The Oatmeal. The game, which is described as “a highly strategic kitty-powered version of Russian Roulette,” passed its original goal of $10,000 in just 15 minutes, and has now reached a cool $4.2 million.

Technically, there have been several more lucrative Kickstarters than Exploding Kittens, with the highest earner being a “21st century cooler,” that was funded to the tune of $13.3 million. However, the top campaigns tend to be for gadgets or high-profile media events like the Veronica Mars movie ($5.7 million) or Reading Rainbow. These projects—especially tech campaigns, where you’re paying for an expensive product—tend to make more money because each backer is generally spending more money to participate. Exploding Kittens just has way more backers in total.

To some people, $4.2 million for a card game sounds crazy. Not only that, but when crowdfunding campaigns exceed their goals to this extent, it can sometimes lead to chaos when it comes to order fulfillment. Luckily, the main explanation for Exploding Kittens‘ success is simple: The Oatmeal Effect. Obviously the game is appealing in itself, but there’s no way it would have gone this viral without the help of Matthew Inman’s massive Internet following.

Among other projects, Inman has published several books, organized a series of half-marathons, and crowdfunded an ongoing effort to build a museum about Nikola Tesla. He’s a tycoon of feel-good Internet ephemera, and a cheerful and mildly nerdy game like Exploding Kittens plays directly to his audience. It’s not as if those 108,000 backers just materialized out of nowhere.

Photo via Pieter Lanser/Wikimedia (CC BY 2.0)