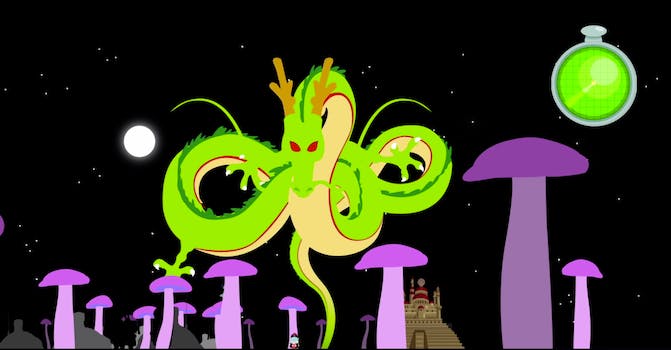 This ‘Dragon Ball’ tribute is 30 years’ worth of fun

The heartwarming power is over 9,000!

Most Dragon Ball fans have been busy celebrating the recent announcement of a major revival of the beloved anime classic. But as an affectionate new animated fan tribute shows us, there’s plenty to celebrate about the franchise’s first three decades, too.

Plisskin is a French professional audiovisual production company “born of the desire to work with friends.” In between their professional media work, the quartet of Arnaud Labbé, Thomas Lebascle, Daniel Savy and Sophie Schweitzer decided to get geeky with an animated tribute that’s as whimsical as it is heartwarming. It’s also a great way to refresh yourself on Dragon Ball‘s many long plot arcs, fight scenes, cast of villains, and unlikely quests over the years.

The most interesting thing about this video is not how much plot it manages to dash through in three minutes, but the ease with which Dragon Ball can be turned into a kind of early Nintendo-esque game walkthrough. Much has been said about the ways in which the antagonists in shounen manga and anime series often resemble the leveling up of video game “bosses,” but it’s neat to see that comparison shown literally as we watch Goku stroll his way through three decades’ worth of showdowns.

Directed by Labbé, the video uses music from the original anime. Using the classic etiquette of anime fanartists, the creators thanked their followers on Facebook for helping the video reach 200,000 views:

In the video, they also thanked series creator Akira Toriyama for giving them a “fantastic universe” and “rocking our childhood.”

Hopefully, we’ll all still be rocking it three decades from now.

Correction: A previous version of this story referenced an incorrect version of Dragon Ball.