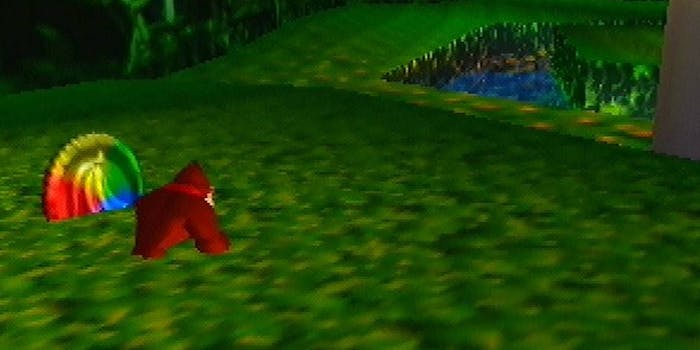 This is a literal game changer.

“Gotta catch ’em all” is a Pokémon mantra, but fans of the 1999 N64 hit Donkey Kong 64 might have a new appreciation for it this week.

Gamer Isotarge posted a screenshot of the game on Twitter with a sly caption reading “977 coins total now :).” Previously, only 976 coins were known to exist, but after noticing some incomplete save data in the Fungi Forest, Isotarge dug a little deeper. Ultimately, the gamer found the bonus coin—worth five bananas—hiding in some tall grass.

This complicates matters for Donkey Kong 64 speedrunners, who have to collect all of the items in a level before deeming it complete. Existing records won’t be invalidated per se, but the gamers would need to repeat their performance with the addition of the new coin to count for new records.

And that’s no mean feat. “All of the out of bounds coins and bananas are collectable if you’re extremely comfortable with the glitches,” Isotarge told Kotaku. “But for average players not so much.”