Doctor Who fans have had a big hand in the new season of the show—and it hasn't even aired yet.

Doctor Who fans have had a big hand in the new season of the show—and it hasn’t even aired yet.

In an otherwise big week for U.S. Doctor Who fans, who got to meet their idols at a Manhattan tour stop, a second episode of the upcoming season leaked online. According to Entertainment Weekly, the leak was an extension of last month’s leak of numerous scripts and the first episode.

Ironically, the previous night while speaking about the leaks at the Manhattan tour stop, showrunner Steven Moffat reiterated to fans the importance of suppressing spoilers from the recently leaked footage.

“If you do leak spoilers,” he said, “then you are a bad person.”

The BBC told EW that it had relied heavily on Doctor Who fan sites and the cooperation of fans who were dedicated to preserving the mystery of the upcoming episodes until the season premiere a week from today. The network had previously stated it was taking the infringement “extremely seriously” and that “disciplinary action has been implemented as a result of the incident.”

Meanwhile, fans have been heavily active in showing their love for the franchise. Thursday night’s Manhattan appearance revealed that the new Doctor Who theme had been inspired by a fan-made 2013 concept trailer for the new season.

And if appearances from the cast and Doctor Who-themed bars weren’t enough for the fan needs of New Yorkers, one redditor recently discovered an entire Doctor Who-themed restaurant in the small artist town of Beacon. The restaurant, Pandorica, renovated and reopened with its new theme last month. It comes with an appetizer menu named “Spoilers” and features walls glittering with Whovian fanart. 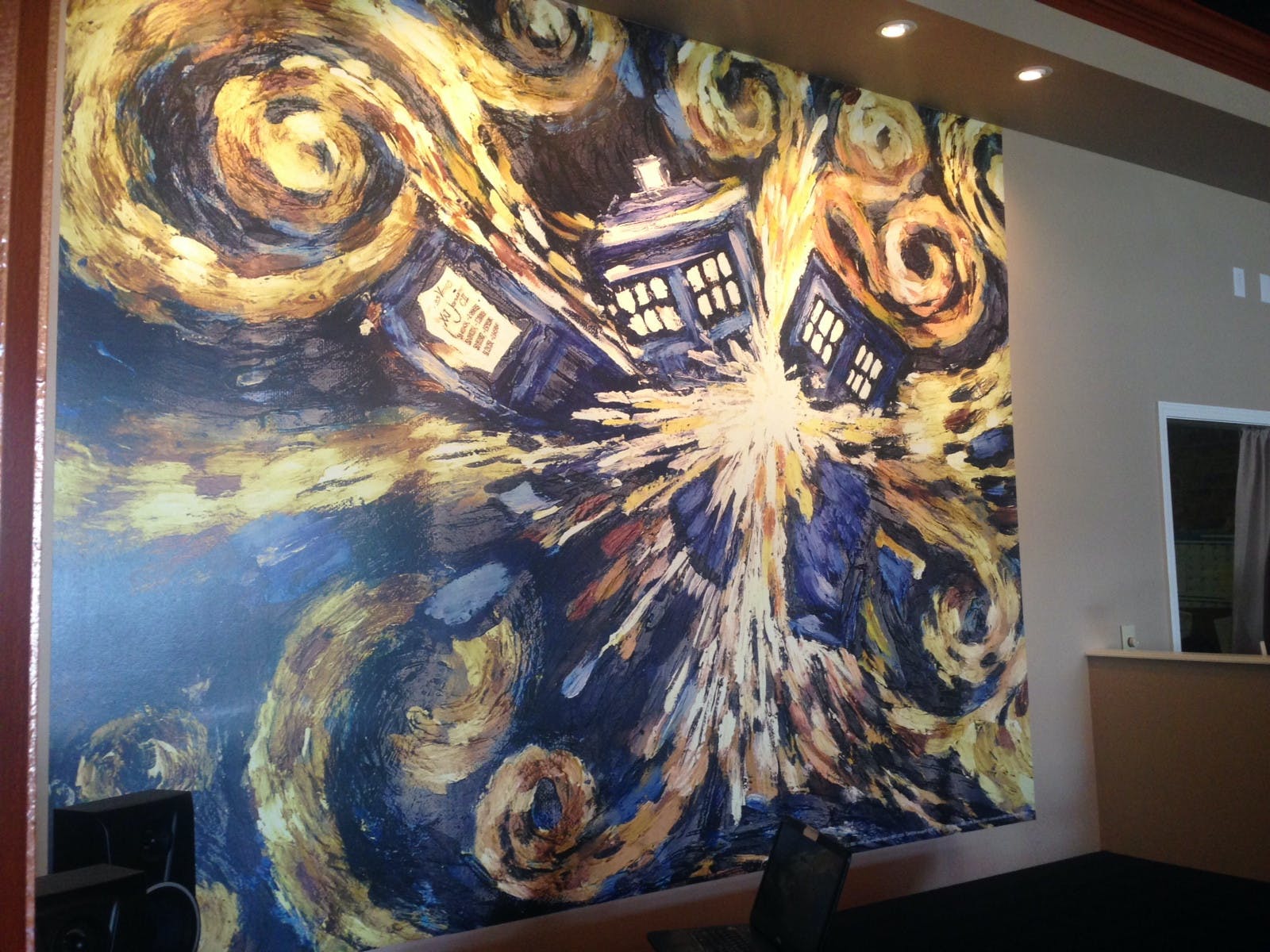 Looks as though the Doctor is definitely “in”—at least if his growing popularity on this side of the pond is any indication.