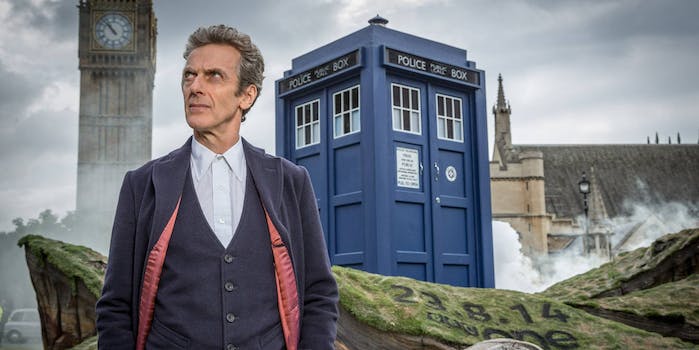 At last! Some new information...

Following the recent announcement of the new Doctor Who companion actress, Pearl Mackie, the BBC just shared the first details from the show’s upcoming 10th season.

Preceded by a holiday special in December, season 10 will air in 2017, and will be Steven Moffat‘s last as showrunner. Tuesday’s announcements include the first concrete information about the new season, although we’re still months away from seeing a trailer.

The duffel-coated maker of mistakes is back!
Here's what we know about Nardole » https://t.co/Eh1ymL4E8k#DoctorWho pic.twitter.com/raGCJSyNmH

Steven Moffat wrote the season 10 premiere, followed by episodes from Sarah Dollard (who wrote season 9’s “Face the Raven,” featuring the death of Clara Oswald) and Mike Bartlett, a Doctor Who newcomer who is known in the U.K. as the creator of hit BBC drama Doctor Foster.

If this seems like a long time to wait for more Doctor Who, you may be consoled by the reminder that we’re getting a new spinoff this year. Class, a teen drama set in Doctor Who‘s fictional Coal Hill School, will debut this fall. And while we haven’t seen a trailer yet, showrunner Patrick Ness did reveal one important detail this week: The main cast will include at least one LGBT character.