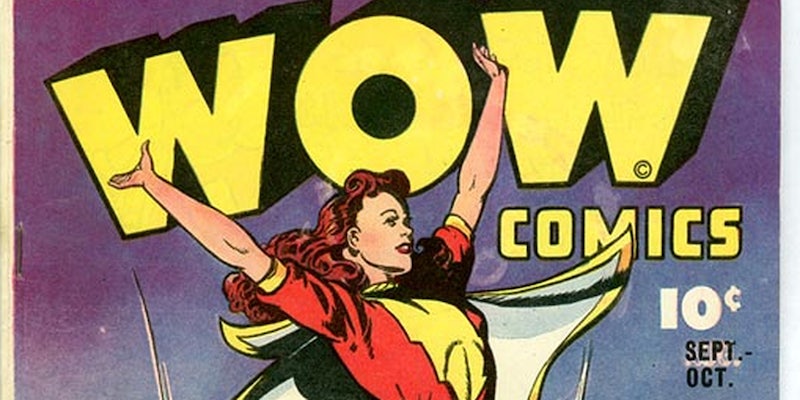 DC continues to cancel titles as its ‘New 52’ line dwindles

DC's New 52 lineup was supposed to revitalize the troubled comics publisher. Instead, it's canceled almost as many titles.

In the annals of geek culture, the Marvel vs DC debate looms large, and while Marvel has undoubtedly been winning the PR war lately, for a moment back in 2011, DC seemed poised to make a mighty comeback with its launch of the New 52.

Featuring a wide range of all-new titles as well as major relaunches, the New 52 was, in theory, supposed to consist of 52 new titles that would revitalize the company and invigorate DC’s fanbase. Instead, as DC mangled storylines and dropped titles right and left, the “52” ballooned and changed, and customer dissatisfaction grew over the way DC handled cancellations and dropped storylines.

Now, as Comics Alliance’s Andrew Wheeler points out, the publisher stands dangerously close to having canceled 52 titles in its New 52 collection. Wheeler notes that since the lineup began, DC has averaged one final issue almost every three weeks.

One of the main problems with DC’s new attempt to galvanize its readership is that its readership has evolved. Comics fandom is becoming larger and more diverse all the time, and DC doesn’t seem able or willing to expand the diversity of its own lineup accordingly. Where Marvel has shown a willingness to listen to its fans regarding everything from increasing diversity to giving female superheroes real costumes and their own TV series, DC has seemed consistently out of step with the times.

In the past few months alone it’s alienated readers by issuing blatantly tone deaf covers that objectify women, punctuating Black History month by whitewashing a few of its characters from pre-New 52 titles, and, of course, refusing to give fans a Wonder Woman movie.

Another factor is that DC seems indifferent to how storylines in its New 52 series are concluded, delaying titles, abruptly canceling series, and in some cases even releasing them out of order despite how confusing this must be to readers.

DC also has had unlucky PR fiascos recently, including mixing up Green Arrow and Green Lantern in its own licensing. No wonder DC thinks a Wonder Woman movie would be too “tricky” to update.

Wheeler points out that DC has been trying to give progressive titles a chance, stories like Birds of Prey and Batwing, its last solo title led by a character of color.  But the former title suffered from being separated from its original writer and lead character, Gail Simone and Barbara Gordon, while the second title never managed to find its audience. Wheeler speculates that this is because of DC’s “monolithic” style and the kinds of storytelling that make it difficult to engage new readers.

But it’s also worth noting that DC, particularly with its groundbreaking ’80s masterworks like Swamp Thing, Dark Knight Returns, and its entire Vertigo imprint, has an esteemed and important history of embracing comics that are dark, full of social commentary, and narratively risky, while pinning its success on its two most famous icons, Batman and Superman. It’s a strategy that led to DC taking the prize for 6 of the top 10 bestselling comic issues in the first decade of the millennium.

But the new mass of mainstream audiences are eager for excitement, action, and talking raccoons. In its haste to incorporate this new readership, DC seems to be warring with the eternal question of how to engage new readers with new titles while still staying true to its core fanbase, and the spirit that makes DC unique.

Given the constant and dizzying rotation of dropped and new titles, DC seems to be throwing things at audiences to see what sticks. Currently, the only thing that seems clear is that audiences want more Batman and more Justice League. But New 52’s Batfamily is one without Cassandra Cain, the first member of color, and the current Justice League has a Wonder Woman that’s a glorified extra. Meanwhile, other progressive titles like Blue Beetle got the axe long ago.

And, of course, there’s the simple factor that fans who invested in early New 52 titles only to see them unceremoniously dropped will be wary of picking up new titles for fear those titles, too, might suffer the same fate.

In August, the New 52 line will be three years old. But unless it can figure out a way to diversify and bring new fans on board without mowing down its lineup, the Marvel fandom’s “on your left, DC” meme will continue to work against it.

Hopefully, DC can get its act together before it celebrates the New 52 anniversary by canceling New 52 altogether.