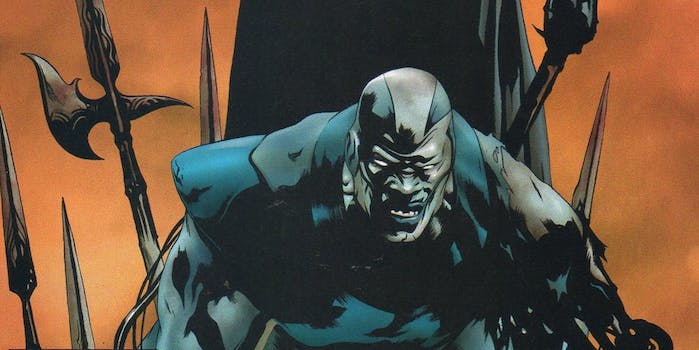 The ‘X-Men: Days of Future Past’ post-credit scene explained

Curious about the nugget at the end of 'X-Men: Days of Future Past'? We've got you covered.

Warning: This story contains spoilers for the post-credits scene in X-Men: Days of Future Past.

Like most superhero movies these days, X-Men: Days of Future Past ended with a post-credits sequence that ties into a sequel. However, this one may be a bit of a head-scratcher for people who aren’t familiar with the intricacies of X-Men comics canon.

The scene shows a young man in what appears to be ancient Egypt. He’s surrounded by worshipers, and is building a gigantic pyramid using telekinesis. In the background are four horsemen. The four horseman of the apocalypse, in fact, because this guy’s name is actually Apocalypse.

The next X-Men movie is slated for 2016, and is titled X-Men: Apocalypse. Apocalypse (originally called En Sabah Nur, the name we hear being chanted in that post-credits scene) was the world’s first mutant, a ferociously powerful young man with pale grey skin and blue lips, born 5,000 years ago in Akkaba.

We mean “powerful” in the very literal sense because he really is full of superpowers. Like, pretty much all of the powers. Super-strength, flying, the ability to manipulate his body into any shape (including arm-guns, because why not?), and occasionally a bunch of other stuff like telekinesis and the ability to communicate with machines. 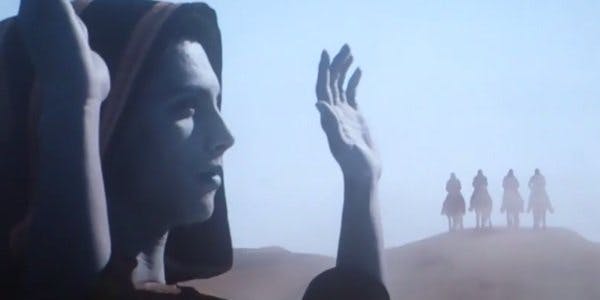 Like any X-Men character worth his salt, Apocalypse has an extremely convoluted life story. So instead of making your head spin, we’ll give you the basics of what might be relevant for the next movie.

Apocalypse is practically immortal, surviving millennia as a super-powerful mutant and occasionally persuading humans that he’s some kind of god. It’s a similar situation to the god-aliens in Stargate or Prometheus. He also has four horsemen sidekicks, supervillains based on the mythological horsemen representing Death, Famine, Pestilence, and War.

The most famous Apocalypse comics arc is “Age of Apocalypse,” an alternate timeline where Professor X is dead, Magneto is in charge of the X-Men, and Apocalypse takes over North America, executing millions of humans and installing mutantkind as the ruling class.

The full “Age of Apocalypse” arc wouldn’t fit into a two-hour movie, so this sequel will probably be inspired by various aspects of canon without being a direct adaptation. It’s likely to follow from X-Men: First Class and Days of Future Past, with the main timeline taking place in the late 1970s or early ‘80s. All we know for sure is that Channing Tatum will make his first appearance as Gambit, and that this will be a Roland Emmerich-style disaster movie. Young versions of Jean Grey, Storm and Cyclops may show up, too, but that hasn’t officially been confirmed yet.

This “disaster movie” idea is a surprising departure from previous X-Men movies, which focused on the ideological struggle between Professor X and Magneto’s plans to end mutant discrimination. From what little we know so far, it looks like X-Men: Apocalypse will take a more traditional superhero movie route, with a team of characters going up against an all-powerful supervillain.

This may set off alarm bells for fans who want X-Men to remain distinct from other franchises (particularly since this movie already had to change its title from Age of Apocalypse to simply “Apocalypse,” because Transformers: Age of Extinction and Avengers: Age of Ultron are coming out in quick succession), but this isn’t necessarily bad news.

Days of Future Past has already proven that this team of filmmakers can tackle the notoriously complicated web of X-Men comics timelines and characters. And if audiences can follow Days of Future Past’s dual-timeline plot and ultimate reboot of the overall story arc, then they can presumably handle an ancient Egyptian mutant demigod and a reboot of the original X-Men cast.