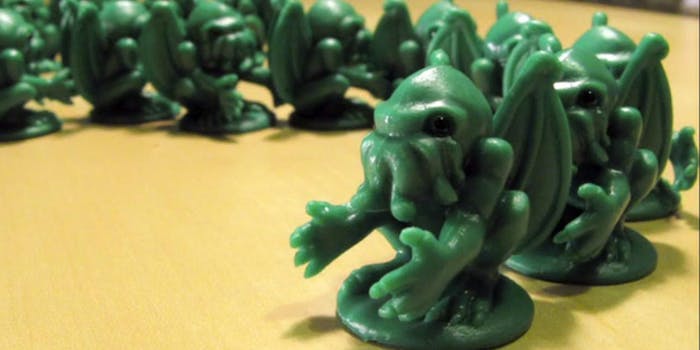 How many points is 'Yog-Sothoth' worth?

In H.P. Lovecraft‘s universe, where the crustaceans of Yuggoth rule, even Scrabble is evil.

Fortunately for fans of the Lovecraftian Cthulhu-themed word game Unspeakable Words, there are ways to survive the wrath of R’lyeh. In a massive show of support for the other-worldly game, a Kickstarter campaign for a deluxe reprint of Unspeakable Words has quintupled its original goal in less than three days. 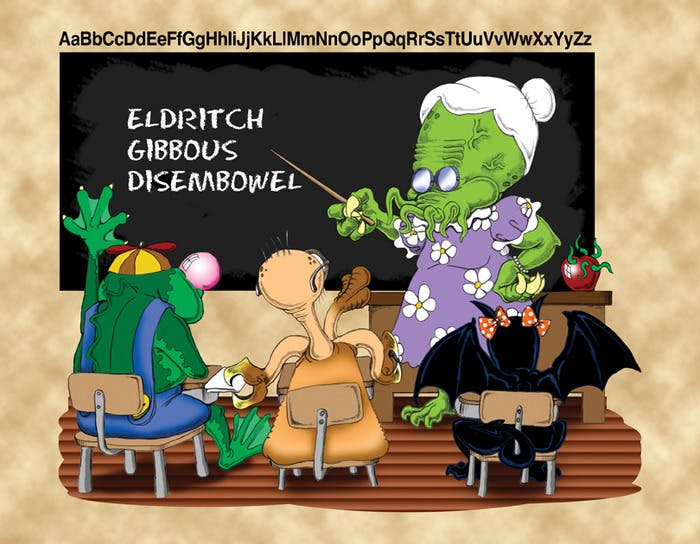 Popular board game designer Mike Selinker created this dark riff on traditional word games like Scrabble and Bananagrams. The goal of Unspeakable Words is to create high-scoring words, judged by the point values of each letter in the word.

So far, so mundane, right? There’s a catch. When you play Unspeakable Words, the higher-scoring words can actually cost you points—the in-game equivalent of losing your sanity. The goal is to be the first person to reach 100 points without losing all of their allotted sanity points and being carted off to Arkham Asylum. 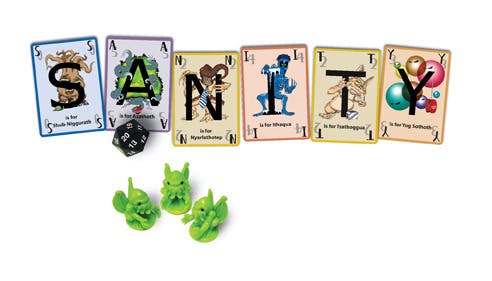 Unspeakable Words was first released in 2007, and it has since gone through several editions. The goal of the Kickstarter is to create an all-new deluxe edition for more players, with more letters for more words, and—the best part for many fans—glow-in-the-dark game pieces.

What the Kickstarter doesn’t make clear is that the main goal of the new version is to drive down the ridiculously high price of the older version of the game.

As tabletop gaming has become more and more popular, demand has driven up the cost of older versions of games, including Unspeakable Words. That’s one reason why Kickstarter has become a thriving place to launch new games and re-launch old ones: the price is substantially cheaper than going to a game store for an older edition, and you get cool new perks as well.

The Unspeakable Words Deluxe Edition Kickstarter immediately exceeded its $12,000 goal and stood at well over $60,000 at press time. There’s no word yet on whether the impressive funding total will summon the Great Old Ones from their ancient slumbers in the Antarctic, but the buzz will more than likely summon a horde of excited new fans.