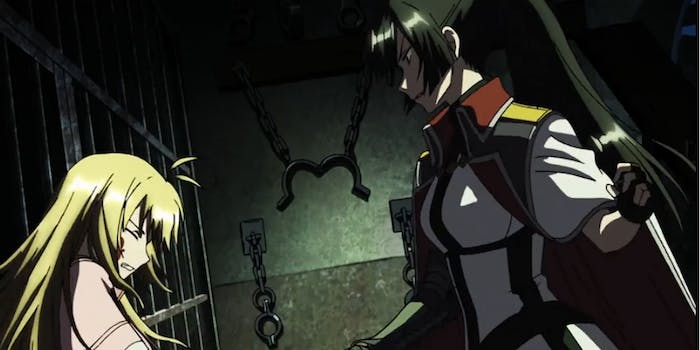 Echoes of GamerGate in a debate over anime, rape, and one series in particular, Cross Ange.

Warning: This story contains depictions of sexual assault and may be NSFW.

The first episode of a new anime, Cross Ange, streamed Sunday across the Internet, and one controversial scene has ignited a furor among fans and sparked a debate between horrified viewers and anti-feminists. At the core of the debate is what many fans feel is a sexually objectified portrayal of a sexual assault.

The anime Cross Ange is the story of a royal princess who fights in an elite team of mecha, and as such it’s predictably full of fanservice and gratuitous shots of female nudity designed to titillate male viewers. Most of these moments are completely typical of the more over-the-top variety of mainstream adult anime, like this shot from early in the ep: 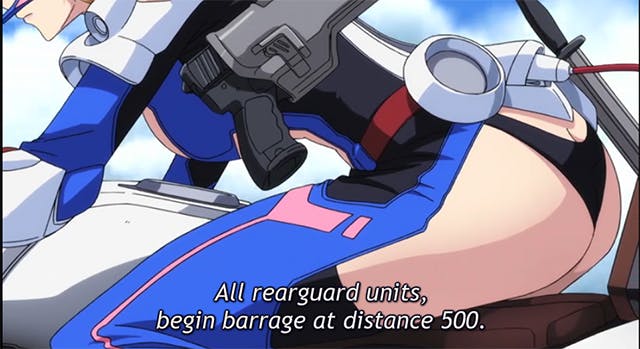 But near the end of the series’ first episode, the title character, Ange, is falsely imprisoned at a brutal facility where she undergoes a horrifying sexual assault, in the form of a body cavity search, that’s designed to break her will.

Four out of five reviewers at Anime News Network (ANN) were unanimous in condemning the scene for the way in which it was animated and shown to the viewer.

The fifth reviewer, however, argued that the assault wasn’t “entirely gratuitous” because it served a narrative function and, rather bizarrely, because “body cavity searches are a fairly standard prison entry procedure.”

Though this fifth reviewer was firmly in the minority, his comments have been echoed in the day since the episode aired by a vocal component of anime fans—many of whom have embroiled the review’s discussion thread at ANN, as well as parts of Twitter and Tumblr, with a heated debate about whether the incident was actually rape, or whether those upset at the scene are just overreacting “social justice warriors”—the pet derogatory term for feminists on the Internet who blog and discuss progressive subjects.

Here’s a typical exchange from the forum discussion (click to enlarge): 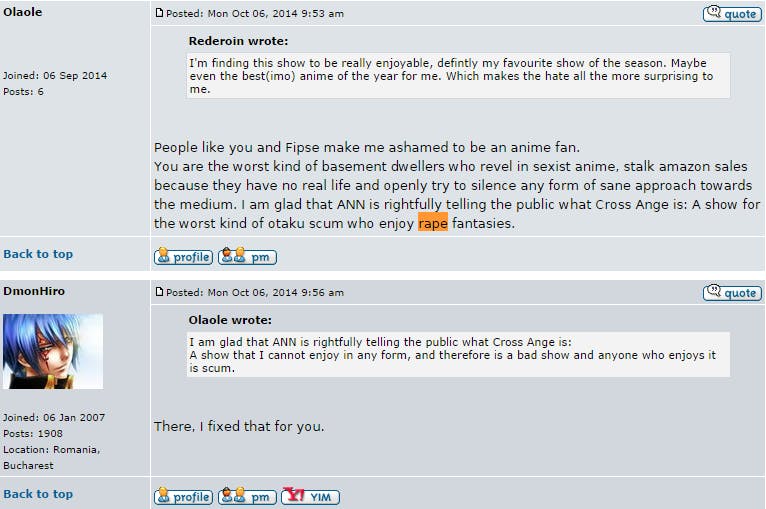 The primary objection to the scene is not that rape occurs, but that it is filmed in a way that is meant to titillate the viewer. A graphic NSFW description of the sexual assault in the episode follows which may be triggering to some readers.

After telling Ange “Welcome to Hell,” the prison commander, Jill, slices her robe open with a dagger. The camera then slowly pans up her naked body, which is an objectifying camera movement commonly recognized as a signifier of the Male Gaze.

Jill then throws Ange roughly onto a table, newly naked except for her underwear. We’re shown an overhead shot of her naked body spread-eagled, another very common angle typically used to objectify the camera’s subject.

The animation then gives the viewer a close-up panty shot from behind as Ange struggles to free herself before she is shackled and manacled to the table. Jill announces that all that will happen to her is a cavity search, to which Ange protests and screams “No!” repeatedly. The camera then shows Ange screaming, and then, as the credits roll, depicts her crying and lying on her robes, bruised and bleeding from where she was apparently raped. 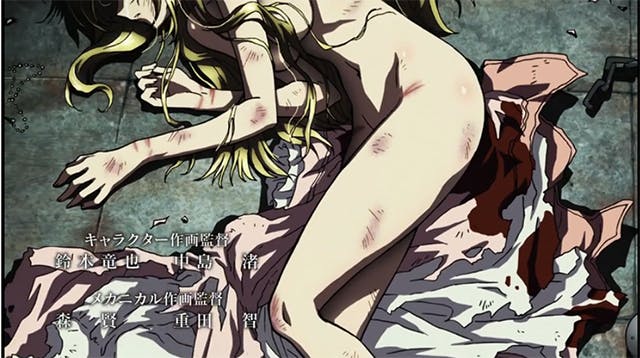 At the end of the anime, the next episode’s preview announces “they did terrible things to that princess!” This seems to be an acknowledgment from the show’s creators that a sexual assault occurred—and plenty of fans are upset about the way the creators chose to portray it.

… there’s way of doing that without lingering on it like it was sexy. Now and Then, Here and There comes to mind.

Nobody’s saying it can’t depict terrible things happening, but when it revels in them in a fetishistic manner, that’s terrible.

But some fans on the other side of the debate are not content to merely argue. Much as GamerGate proponents mobilized to initiate attacks like threats, hacking, and doxing against Zoe Quinn and her supporters, a handful of anime fans have mobilized in an effort to downvote the episode’s negative reviews at Crunchyroll and give the episode itself high ratings. The result is that Crunchyroll’s review page for Cross Ange has become, like many other parts of the Internet, a dueling ground between anti-feminists and their target of choice:

At the time of this writing, all of the five-star ratings have disappeared from the Crunchyroll review page for the anime, leaving it with a current 2.6 rating overall.

The similarities between GamerGate and the methods used by anti-feminists in the current anime fandom debate have not gone unnoticed by others:

In both GamerGate and the anime community, the methods used to silence fans talking about what they view as sexual assault are similar. The common thread here is the increasing tendency of male geeks and gamers to see any topic involving women as a rallying cry to launch a volley against feminism—even if the issue in question is not necessarily one local to feminism, but rather a more universal question about how we portray violence against women and victims of sexual assault in media.

Cross Ange is certainly not the first anime to cause heated debate over its portrayal of women. But it’s the first to cause widespread debate in a post-GamerGate world, and it’s easy to see that the characteristics and tactics of anti-feminist gamers have spread to other corners of the geek community. The mobilization against a perceived other side, the group effort to silence anything seen as pro-feminist, the writing off of upset viewers as “SJW”—it’s all terribly familiar and wearying to women who have struggled to find a home in the gaming community.