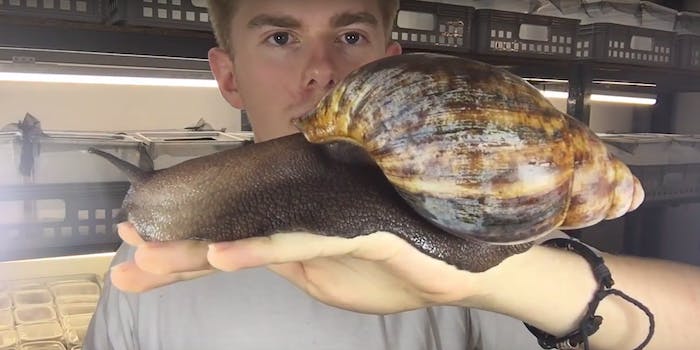 Just in time for Halloween, here’s a ton of creepy bugs

If Mother Nature is a mad scientist, she saved her weirdest alchemy for the insect kingdom.

It’s full of creepy crawlers with strange head appendages and way too many pointy legs. If you want to get a kick out of scaring yourself and your friends this Halloween season, you gotta check out the YouTube channel InsecthausTV, run by German insect breeder Adrian Kozakiewicz. He not only breeds and collects the most awesome (and ghastly) insects on Earth, he lets them walk on his face.

If bugs creep you out, InsecthausTV offers more scares than a Stephen King novel. Experience nightmares like these gigantic cockroaches and what we’re pretty sure is an adolescent Mothera escaped from a Godzilla flick.

While many of the bugs Kozakiewicz handles will make your skin crawl, some are lovely and fascinating. Take these tiny mantises that have evolved to mimic the shape of delicate orchids and his stunning morpho butterflies.

But you don’t have to tell your friends about the pretty ones. Just keep InsecthausTV’s creepiest crawlies on loop at your next Halloween party, and you’ll have the scariest house on the block.