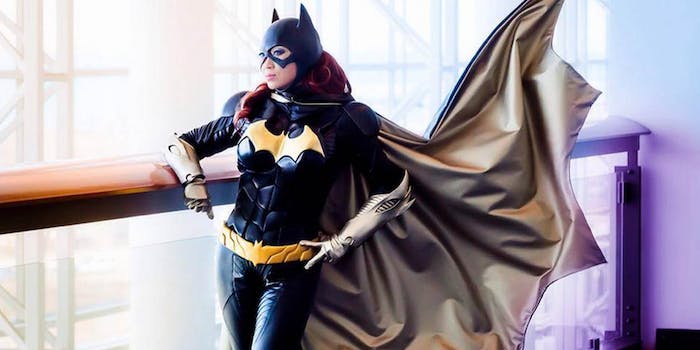 Popular cosplayer speaks out about being groped outside of NYCC

Outside of Comic Con and outside of cosplay, Yaya Han was still attacked.

Earlier this month in New York City, professional cosplayer, costume designer, and model Yaya Han was groped—twice. During one of the incidents she was in plain clothes and wearing a poncho.

As a cosplayer, Han wears costumes that make a comic book, manga, video game, or animated character come to life. As a result, she often shows her skin. Within the confines of a convention, her recognizability and the proliferation of cosplay as an art form has resulted in an environment of growing respect, she said. Though conventions haven’t always been safe spaces for cosplayers, many cons have made improvements by creating policies to discourage bad behavior.

Outside the safety of NYCC, though, Han was assaulted by strangers and it had nothing to do with her costumes.

“I’m not sure what led to the physical touching, I don’t experience that often,” Han said. “But I do think that it’s the day and age we live in. It’s almost like women are used to ignoring the catcalls,” especially those who live in big cities like New York.

The Facebook post she wrote about the incidents provoked a surge of support from other women at the con. “I was surprised how many women commented on the thread or came up to me at the con and shared their stories,” Han said.

The post was shared more than 3,000 times, and not only by women. The Bad Astronomer, Phil Plait, was moved to share the story when he saw it on a friend’s feed.

“It sounded like so many stories I’m hearing from women friends,” he said. “They’re catcalled, groped, stared at, hit on, and worse.” Plait said he’s read many such accounts in recent weeks within the communities he follows on social media, expecially surrounding discussions of Gamergate to “Cosplay is not consent.”

Even though Plait said there was a big push at NYCC to make the policies about harassment clear, “It made sense to share this one as well. These stories need to get out to more people.”

The first time she was groped was leaving the Javits Center, where NYCC was held, to change out of a superhero costume. In transit, Han draped the cape of her costume over the front of her body, hiding her shape entirely, she said. She was so surprised to have been groped, her instinctive reaction was to say, “excuse me,” she said.

“It’s like, ‘excuse me, is this real life?’” Han explained. “You say, ‘Oh, I’ve just been violated, but it could be a mistake.’ I can’t imagine this person doing it on purpose.” Both times she was groped she was with other friends and no one saw what happened.

The next night was worse. While walking away from a Broadway show, she was groped through the poncho she was wearing. Fortunately, the bulk of the garment shielded her bikini area, Han said.

This time, Han screamed at the assailants. She even cursed. They yelled back, telling her they loved her dirty mouth. “I discovered that in a moment I will not panic, I will scream,” she said.

The experience made her reflect on the fear she imagines other women in the nerd community feel, as death and rape threats are lobbed as part of Gamergate.

“To me, it’s an issue that needs to be talked about,” Han said. She tried talking about it months back by sharing Anita Sarkeesian’s video on Facebook. But in even bringing up the topic that day, Han lost nearly 1,000 followers.

“All that hate,” Han said, “You don’t deserve death threats, to have violence threatened against you… I don’t care what these women did, you don’t treat human beings that say.”