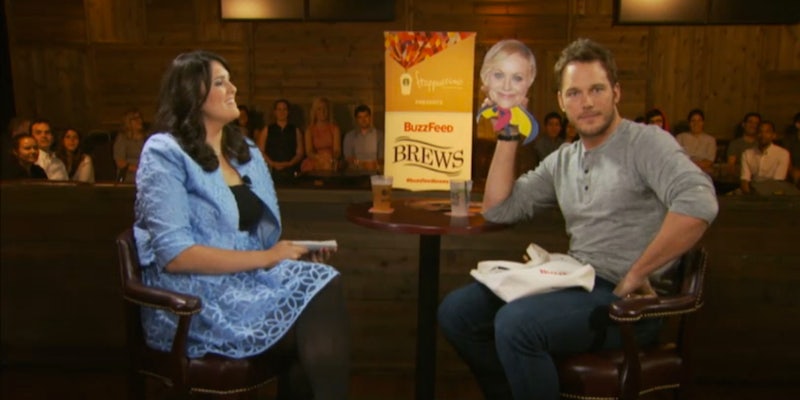 When put on the spot, he can get pretty creative.

Guardians of the Galaxy’s Chris Pratt is surrounded by real-life superheroes.

BuzzFeed’s Whitney Jefferson gave him a bag full of cut-outs of his Parks and Recreation and GOTG costars and asked him to name each of their superhero alter egos along with what powers they would have as a fun way to end the interview.

Amy Poehler is “Queen Bee.” She has a hidden stinger. #buzzfeedbrews pic.twitter.com/n3JSLqFas2

Chris Pratt on Will Ferrell’s superhero name: “Captain My Idol… No, I mean, Captain Midol.” #BuzzFeedBrews

Chris Pratt says Brad Pitt’s superhero name would be “Money Balls” b/c “he charges you money to see his balls.” #BuzzFeedBrews

You can watch the rest of Pratt’s fitting nicknames below (starts at 18:00).