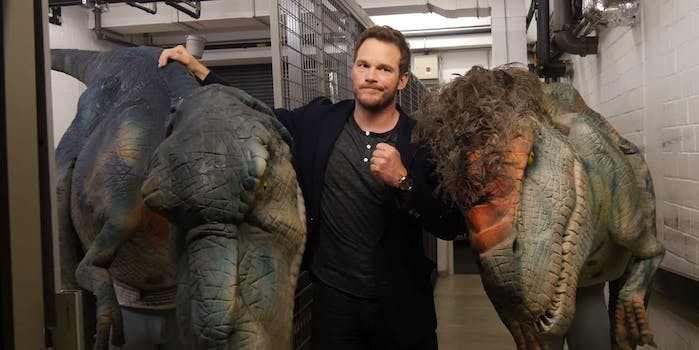 Chris Pratt gets pranked by dinosaur costumes—and he loves it

Of course he has a great attitude toward pranks.

It was really only a matter of time before someone pranked Chris Pratt with one of those realistic dinosaur costumes.

YouTube pranksters SA Wardega surprised the Jurassic World star on camera, hiding two life-size replica dinosaurs in a corridor where he’d be sure to bump into them. His reaction is just as charming as you’d expect—he quickly makes friends with the pranksters and pulls one of the dinosaurs in for a hug.