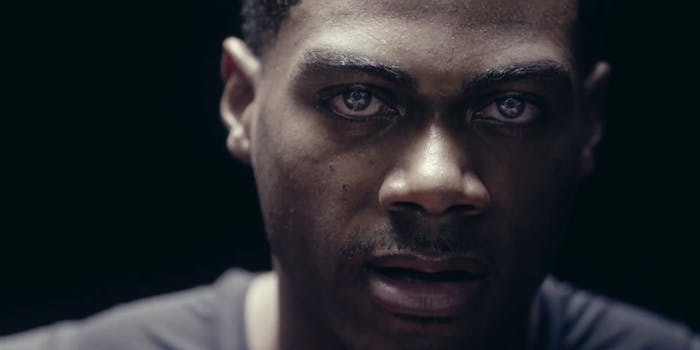 If the new trailer for Call of Duty: Black Ops III didn’t have the game logo emblazoned at the end of the video, you might think it was a trailer for an entirely different franchise.

The newest Call of Duty game is apparently about humankind’s crisis with “modified humans,” and the application of human-machine hybridization for military purposes. The stress on military context is what defines any Call of Duty game, but otherwise this ethical struggle with machine-enhanced human beings is precisely the plot of Deus Ex: Human Revolution.

Deus Ex: Human Revolution is also a cyberpunk game more concerned with espionage and stealth, whereas we can expect Call of Duty: Black Ops III to feature straight up firefights like every other game in the series, and to be more grounded in reality. Still, the basic premise that human augmentation is to be feared is, according to the new Black Ops III trailer, at the core of both games.

That Call of Duty: Black Ops III immediately evokes such a strong, thematic relationship to a Deux Ex game is not necessarily problematic, especially with all the core differences we’ve surmised between the two. It does, however show the degree to which the Call of Duty series has changed from a franchise about brotherhood during World War II, into a science fiction romp. World War II shooters at this point could not feel more like games from the distant past.

The new trailer promises that a formal reveal of Call of Duty: Black Ops III will take place on April 26.

Screengrab via Call Of Duty/YouTube