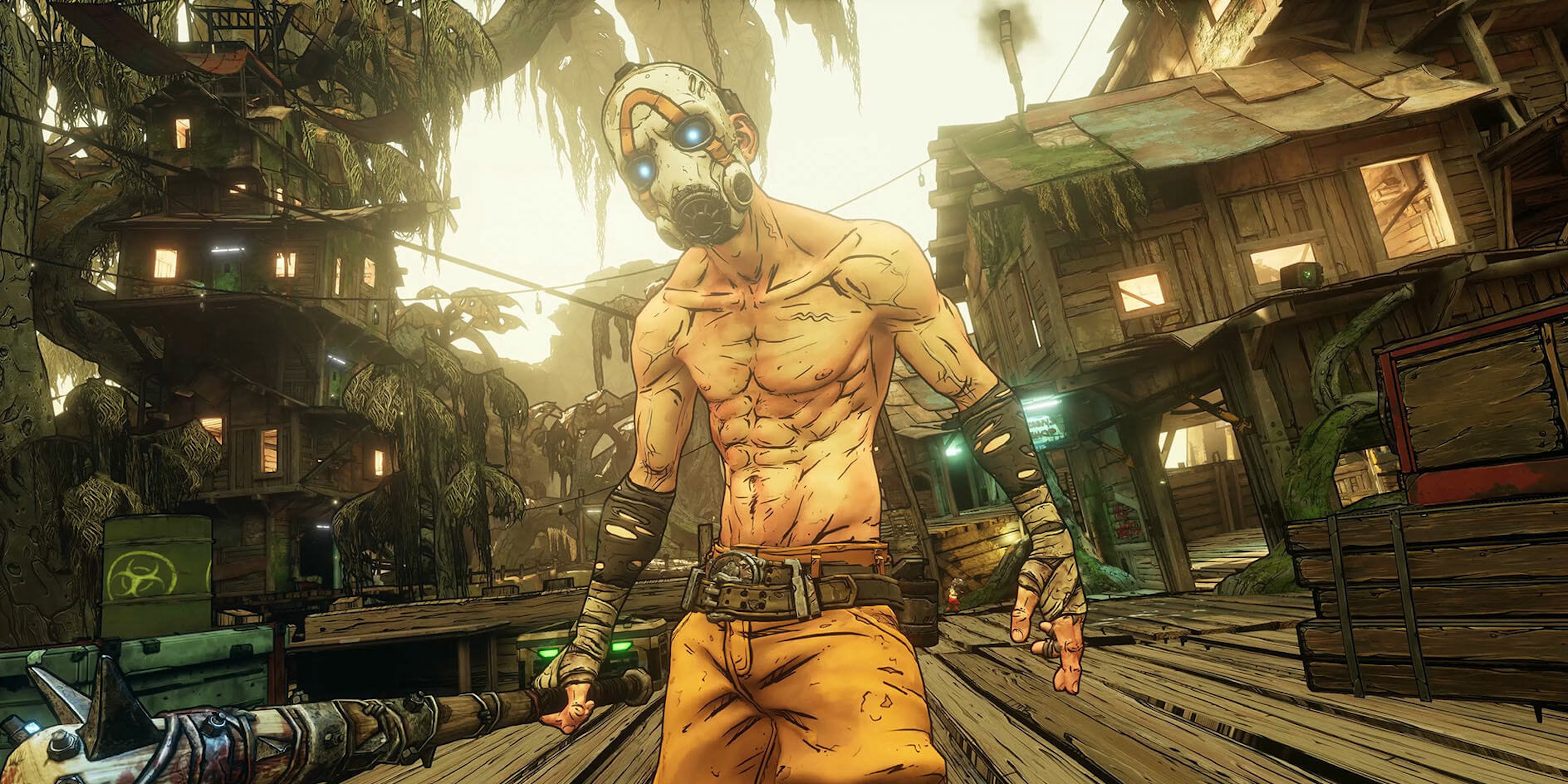 It's more Borderlands, and we're not complaining yet.

Borderlands, more-derlands, am I right?

Following a hands-on demo and presentation of Borderlands 3, the first thing out of a colleague’s mouth was how much our other colleagues thought it was just more Borderlands 2. That’s not necessarily a bad thing, but it’s not entirely accurate either. There’s a lot to appreciate about Borderlands 3, but allow me to start with the big one:

I shot a dubstep Phantom of the Opera to death, and I loved it.

Though I was never a consistent player of Gearbox’s Borderlands franchise, I find myself in a very different world from when Borderlands 2 released seven years ago. For starters, we live in a world practically defined by “loot shooters” and the mechanics and structures they’ve popularized, blending RPG, MMO, and shooters into one often confusing ball of genres. If it isn’t Destiny endlessly retooling its maligned structure, then it’s Anthem retooling… well, everything. Borderlands 3 finally has the chance to set itself apart—or at least return us to a warm, familiar place that just feels right. Considering I’ve got a circle of friends dumb enough to goof off on a hostile alien world for a couple hours each night, I think we’re going to be alright.

This time around, Borderlands 3 is introducing four new vault hunters, the colorful characters you’ll do a lot of shooting, mech punching, and reality-bending with over the course of the game. Press was treated to a short hands-off demonstration of the character Moze, a mech pilot with a thing for combat helmets. Her mech, the Iron Bear, is able to customize its arms to allow for energy shields, Gatling guns, and punching. You know, mech stuff.

And while I’m a huge fan of anything mech-related, I took the chance to play as Zane, essentially the closest thing Borderlands 3 has to Borderlands 2’s super-ninja Zero. Given the graying beard and penchant for sassy, vaguely Scottish one-liners, he might also remind some folks of Call of Duty’s infamous Captain Price. As far as I’m concerned, every action series needs a grizzled old man to bark “bloody hell,” so why not play as one?

Our hands-on demo also afforded us a brief look at how the villains of Borderlands 3, the Calypso Twins, exert their power and influence over the crazed citizens of this world. See, they’re the most nefarious kind people in the universe: streamers.

It’s a standard setup to a mission if I’ve ever heard one: There’s a bad guy in this fortress. Go kill him dead. What makes the experience a fun one is that occasionally a Calypso twin will pop up on the radio to comment on my actions, but in the most artistically annoying way only a streamer could match. Like, share, murder for my pleasure, subscribe. Nothing may ever approach the borderline insanity of previous series villain Handsome Jack, but it says something that Borderlands 3’s villains have evolved with the times to reflect our own seedier corners of the internet.

There’s nothing terribly compelling about the setup, but the payoff felt like a modest blend of old school Borderlands humor (practically every suicidal psychopath you encounter grunts a one-liner upon death) with some color from this audio-obsessed Jabba the Hutt and a Calypso. It honestly looks like any other enemy lair filled with metal walls and the detritus of his lackeys, with one cool twist. Giant speakers are built into some of the walls, and after several explode in my face, I know I’m being trained to be a more vigilant fighter.

With a very Borderlands-y title card, we’re introduced to our boss, a painfully overweight mutant with a mask covering half his face. Only instead of classical piano, my boy is pumping some deep EDM cuts through four separate walls of towering speakers. In between bouts of shooting at his face, our foe decides it’s time to hand out his mixtape with force. Individual walls of speakers begin to buzz and vibrate with energy, swelling until they smack you in the face with a literal wall of sound that shreds your health to nearly zero.

It’s the kind of bumping soundtrack you’d hope every boss fight could pump itself up with, and the fact that it’s just as much a threat as any enemy gun is fun. It helps illustrate that the charm of Borderlands, too: Though the series might be getting up there in age, it can still hang. Too many of these loot shooters let themselves get bogged down in lore dumps or comparing weapon damage rates, but Borderlands knows you’re here to kill whacky crap with your buddies and get a story out of it. If every boss encounter is like this, I’m absolutely here for it.