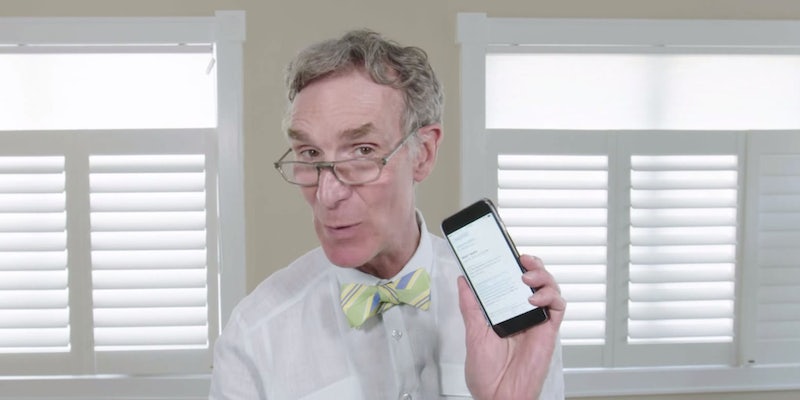 Bill Nye reads some of the mean, anti-science tweets he receives

People really want to tell him global warming is a farce.

To drum up some donations for the documentary on beloved scientist Bill Nye, he read some of the mean tweets he receives.

Nye’s mean tweets are a little different than the ones trolls usually tweet at celebrities, some of which end up appearing on Jimmy Kimmel Live. Instead of commenting on appearance or acting ability, Nye’s haters targeted science facts—things like evolution and global warming.

He took them in stride, scoffing at the ignorance and misspellings that plagued each tweet, baffled that people would take the time to tweet any of it in the first place.

The film’s crowdfunding campaign is just over halfway funded, with just 12 days to go.