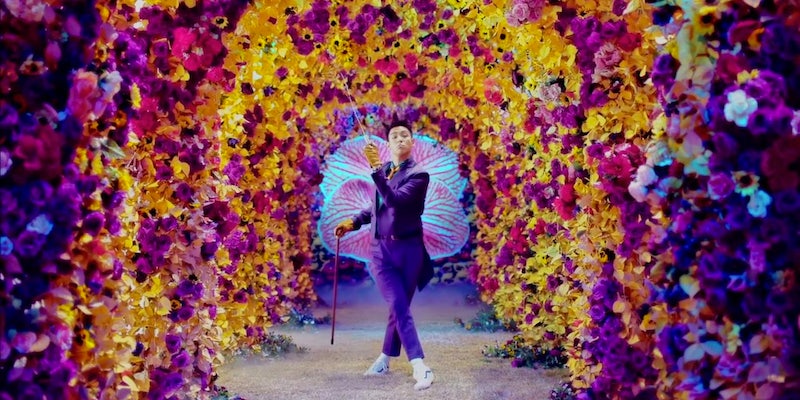 No big deal or anything, but K-pop sensation Big Bang just dropped not one, but two music videos, from upcoming album Made, after a prolonged absence. Even if you know nothing about K-pop, you’re going to want to watch.

Yeah, this video just speaks for itself, honestly. Bae, bae, what more do you want?

The second track, “Loser,” is darker and a lot more low key, in that it basically consists of a lot of suffocation symbolism as G-Dragon and Daesung wander listlessly around town while Taeyang paints religious allegories, Seungri stalks his ex, and Top hits on girls. There’s also a lot of impressive hair action, but compared to “Bae, Bae,” this is more along the lines of your average K-pop video.

The two videos have been a long-time coming—it’s been just over three years since the band’s last studio album, Alive, made history as the first Korean pop album to chart on the Billboard 200. The group’s major single from that album, “Fantastic Baby,” made a splash worldwide (it was even featured on an episode of Glee) and was a significant part of Hallyu, the Korean wave—a nickname for the global trend of interest in Korean pop culture.

Although the album’s official release isn’t until September, the band has already announced a major world tour which has confirmed dates for most of Asia and Australia so far, with hints that they may be coming to the U.S. as well. They even have a trailer for their tour:

While you wait for the album to drop, you can follow Top on his new Instagram account, where he’s garnered a million followers in just under two weeks.