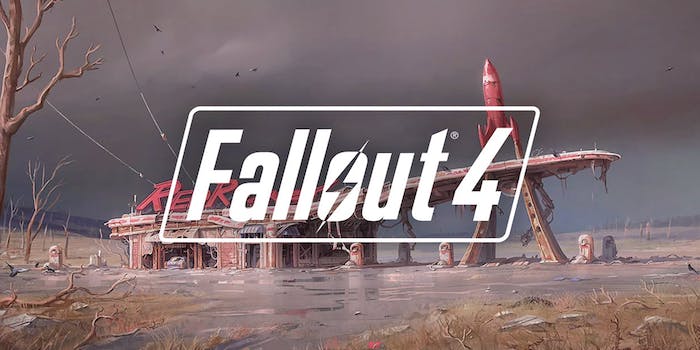 Bethesda is bringing your favorite video game drink to life.

The new drink Nuka-Cola Quantum—named aptly after the game’s most famous beverage—will release on Nov. 10 at Target department stores across the United States. The company has partnered with Seattle-based beverage company Jones Soda to create the promotional refreshment.

@MrSly25 Hi there! This item is exclusive to Target USA, at this stage we have no plans to range it.

And with its release falling on the same day as its sister-game Fallout 4, it’s likely Target stores with both on its shelf will be jammed.

Online game market Steam, has Fallout 4 as its No. 1 seller. As of Aug. 29 (according to VGChartz.com,) it has more than 310,000 preorders for Xbox One and PlayStation 4. And on YouTube, the game’s popularity jumped even higher—accumulating 16.5 million views since its trailer’s release in June.

Now, with two beverages by its side, Fallout 4 may go down as one of the most celebrated games of the year—depending on its actual gameplay. But one thing’s for certain: Fans are on the edge of their seats as they wait for one of their favorite post-apocalyptic series to make its return.