Give yourself a ‘Frozen’ makeover with this new Beautifully Disney collection

Give yourself a 'Frozen' makeover with this new Beautifully Disney collection.

When we spoke to Beautifully Disney merchandiser Lisa Bergman in October, she teased that the next cosmetics collection to debut in Disney Parks would be “quite ‘cool,’ full of shimmer and sparkle.” Our chilly suspicions about what these hints meant have finally been confirmed as the Disney Parks Blog has unveiled that the newest Beautifully Disney line is inspired by blockbuster hit Frozen.

The collection takes full advantage of the movie’s winter setting for its eyeshadows, lipsticks, and nail polishes. The nail polishes include Spiraling Snow, Frozen Queen, Miss Royal Pants, and Magnificent Power, all leaning toward the blue and silver end of the spectrum except for one. The mini-lipsticks are more vibrant in shades called Radiant Heart, Queen To Be, and Optimistic. 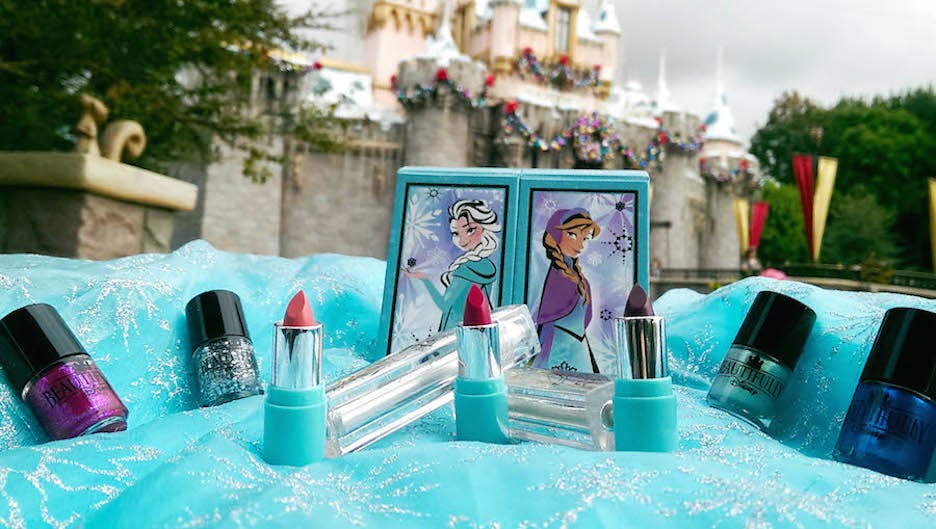 The eyeshadows include something new and something familiar this time. According to the blog, new to the collection is a Rollerball Eye Shadow set. One is a silver-toned color called Elegant Ice and the other a golden-toned color called Sparkling. The collection also has the usual eye shadow palette but with a new design showing colors on one side inspired by Anna and on the other colors inspired by Elsa. Shadows include Crystal Snowflake, Powers Unleashed, Touched By Magic, Follow Your Heart, and more. 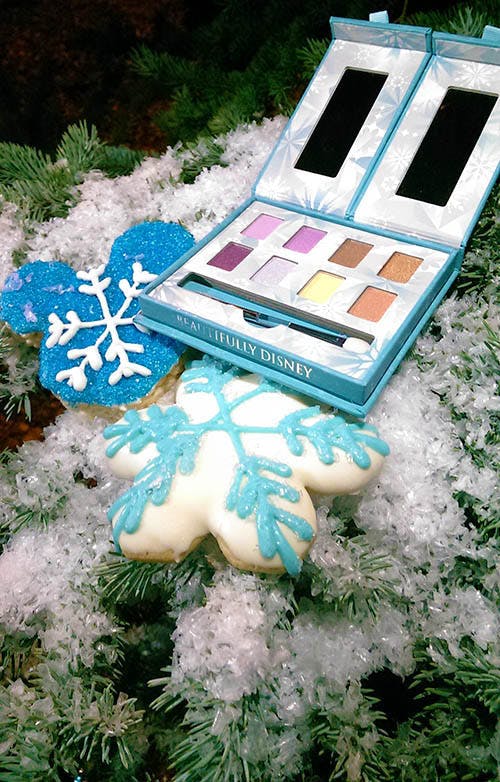 The Beautifully Disney Frozen collection is available in stores at the Disney Parks and there’s no word yet about any items possibly making their way online. The collection released prior to this one was inspired by The Haunted Mansion.