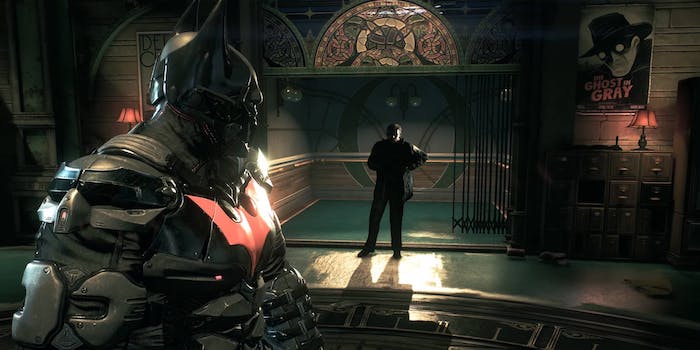 Will gamers embraced the once-flawed title?

Batman: Arkham Knight will finally return to PC on Oct. 28, hopefully bringing an end to a long-running gaming fiasco.

The game will return to Steam with multiple DLC packs, augmented-reality challenges, and new skins. Gamers who purchased the season pass will be getting all the DLC content that’s been released thus far on Xbox One and PlayStation 4.

Warner Bros. released Arkham Knight earlier this year, and while it ran smoothly on Xbox One and PS4, it was an absolute mess on PC. Even gamers with the most expensive and hardcore computers reported multiple performance issues. Because of the tide of complaints, and because Steam offered refunds to disgruntled gamers, Warner Bros. pulled the game until further notice in June.

Four months later, Warner Bros. and studio Rocksteady evidently feel confident enough to bring the game back. In the interim, the publisher did release a patch that fixed a few issues, but the game remained plagued by bugs.

It will be interesting to see how receptive the PC gaming community is once Arkham Knight goes live again.