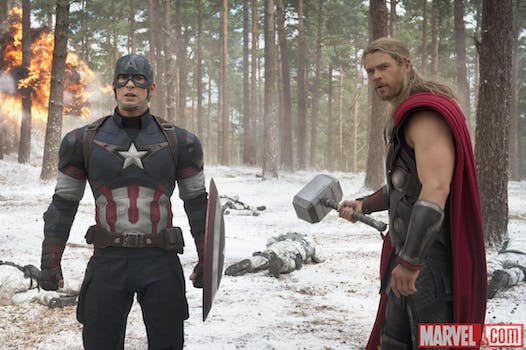 Burn every last second of 'Avengers: Age of Ultron' trailer footage into your brain.

If you fall into the latter category, this is the video for you.

YouTube user JohnnyB2K created a mega-trailer using all the Avengers: Age of Ultron footage that Marvel Studios has released to date. The result is a five minute chronological supercut of dialog snippets and explosions, and while it doesn’t tell us anything new, it’s pretty cool to watch.

This compilation video made us realize just how little we know about Age of Ultron‘s plot. Sure, we’ve known the basic premise for months, but the trailers seem to spend an awful lot of time on fight scenes and falling masonry. Anything could happen between those scenes.

We’re hoping the film itself isn’t too action-heavy, though. Marvel fans could do with a few more scenes like the one where all the Avengers hang out in Tony’s house and try to lift Mjolnir.