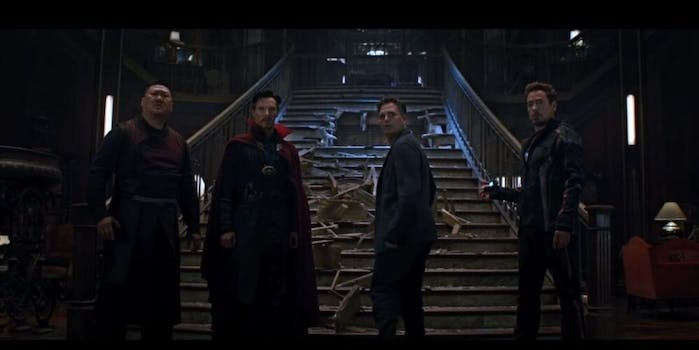 ‘Avengers: Infinity War’ made a massive amount of money on its opening day

Avengers: Infinity War isn’t as big of a success on its premiere day as The Force Awakens was. But it got pretty darn close.

The latest installment of the Marvel franchise earned $106 million at the U.S. domestic box office on Friday, CNN reported, narrowly missing the first-day record of $119 million established by the seventh episode of the Star Wars saga in 2015.

Disney now is projecting the opening weekend box office receipts could total between $225-$240 million (the opening-weekend record is The Force Awakens at $248 million).

Although the Daily Dot’s Gavia Baker-Whitelaw wrote that Infinity War delivered epic thrills but left her hanging, the film has an 84 percent freshness rating on Rotten Tomatoes with an audience rating of 93 percent.