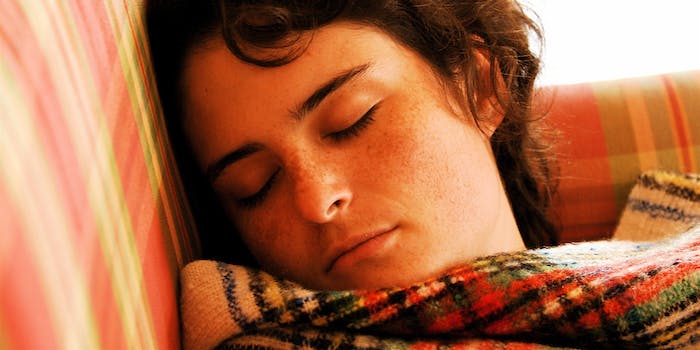 If you get too little, or too much, your brain could suffer.

Ready to feel guilty about puling all those all-nighters in college? The folks at AsapSCIENCE tackle the science of sleeping in their newest video, outlining all the dangers and problems associated with getting a bad night’s rest.

They explain the concept of sleep debt and how that debt affects your motor skills. In tests, subjects with less than six hours of sleep functioned over time as if they were inebriated, while subjects with four hours of less functioned so poorly they often fell asleep during their cognitive tests. However, the most shocking information in the video is that some of the effects of oversleeping were more drastic than undersleeping.

That’s right, oversleeping can do just as much damage to your body as undersleeping, or worse, with higher rates of mortality for those who oversleep on the regular. The golden rule? Seven to eight hours of uninterrupted sleep, unless you have a specific gene mutation that allows for shorter, more intense sleep. The only way to figure out your exact formula is trial and error, though. The AsapSCIENCE guys suggest you listen to your body and brain—and not the part of your brain telling you to play only one more round of Halo.