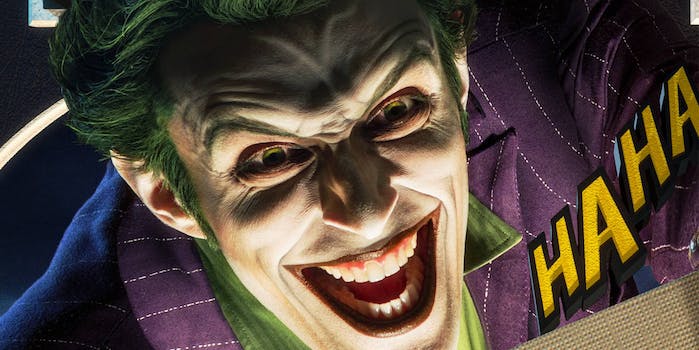 Let’s put a smile on that face of yours.

After taking a break from cosplaying as the Joker, Anthony Misiano is back with a beautiful new project that pays tribute to a classic comic.

With shocking attention to detail, Misiano recreated the cover in a piece he calls “Five-Way Tribute.” 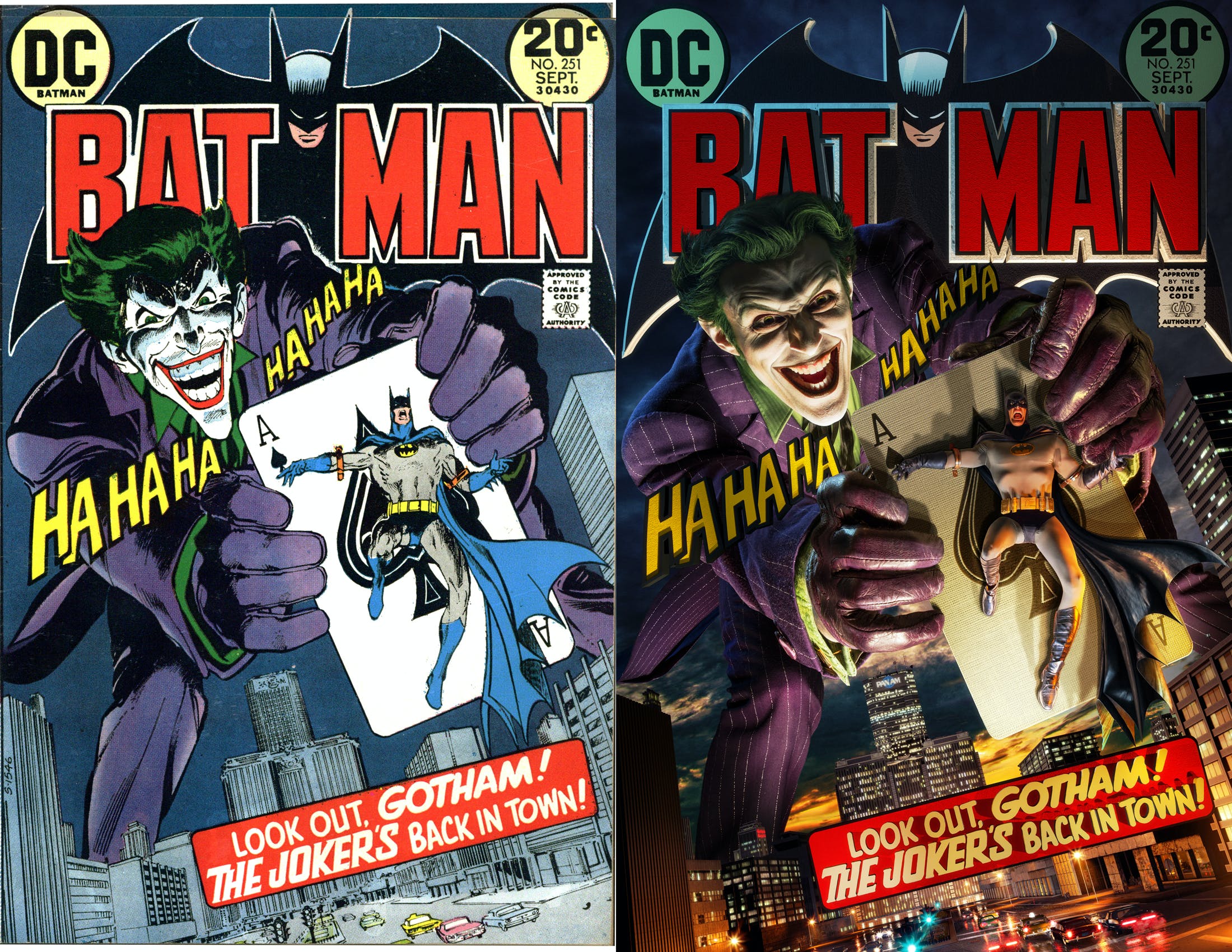 Misiano said he used a combination of photography and digital 3D modeling to bring the comic cover to life.

“The process all begins with planning,” he told the Daily Dot. “I do countless tests—test photo shoots, test composites, etcetera. Eventually I figure out the best workflow for a project and move forward from there. I always want to photograph as many elements as possible, and ideally every piece would be a photograph. With this image, however, the cityscape simply could not be photographed, and had to be 3D modeled digitally (as well as the title graphics).” 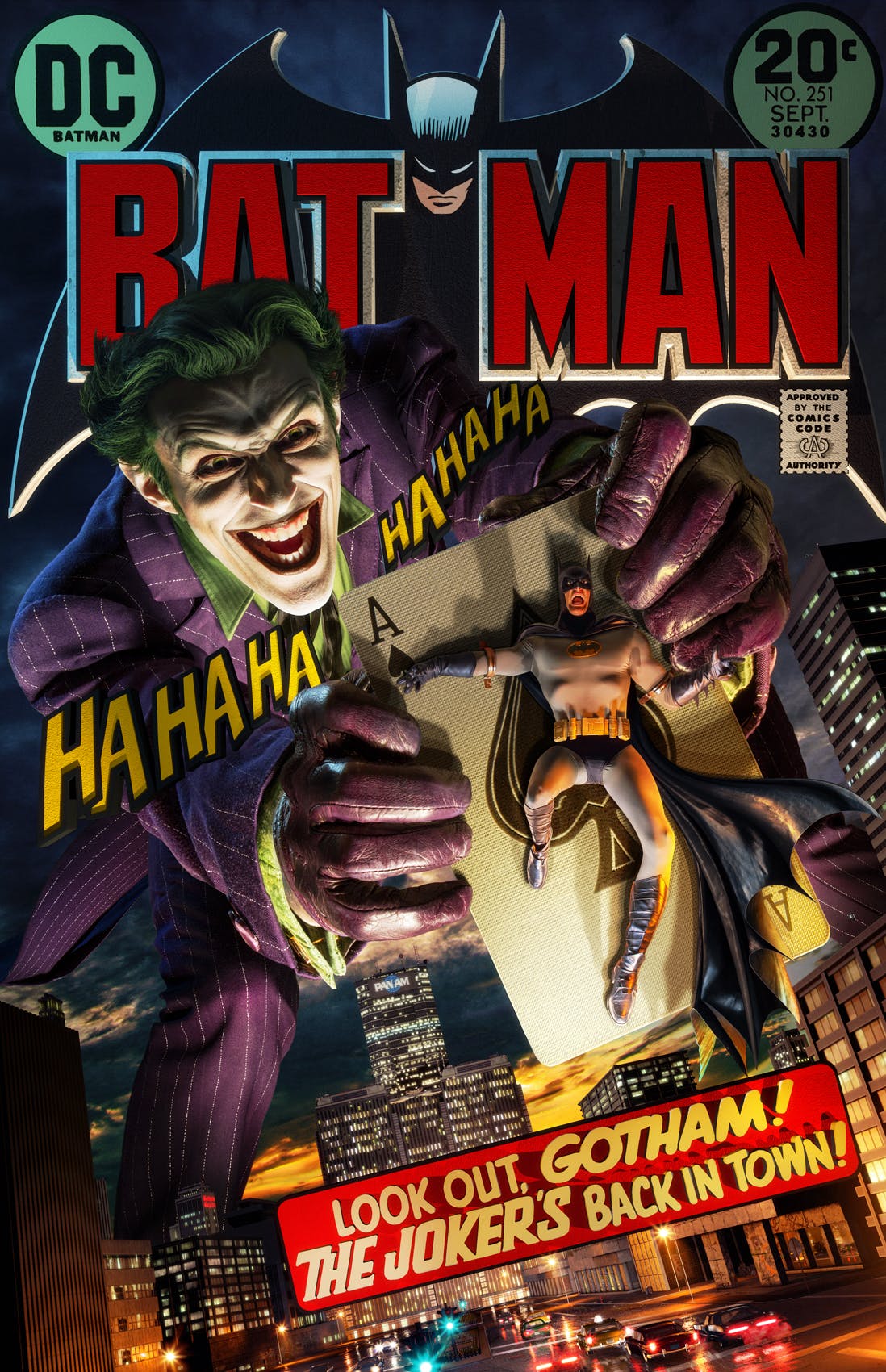 Though the results look like they’re professional studio quality, Misiano said the Joker, playing card, and Batman (portrayed here by Daniel Petruccio) were all photographed in his living room. 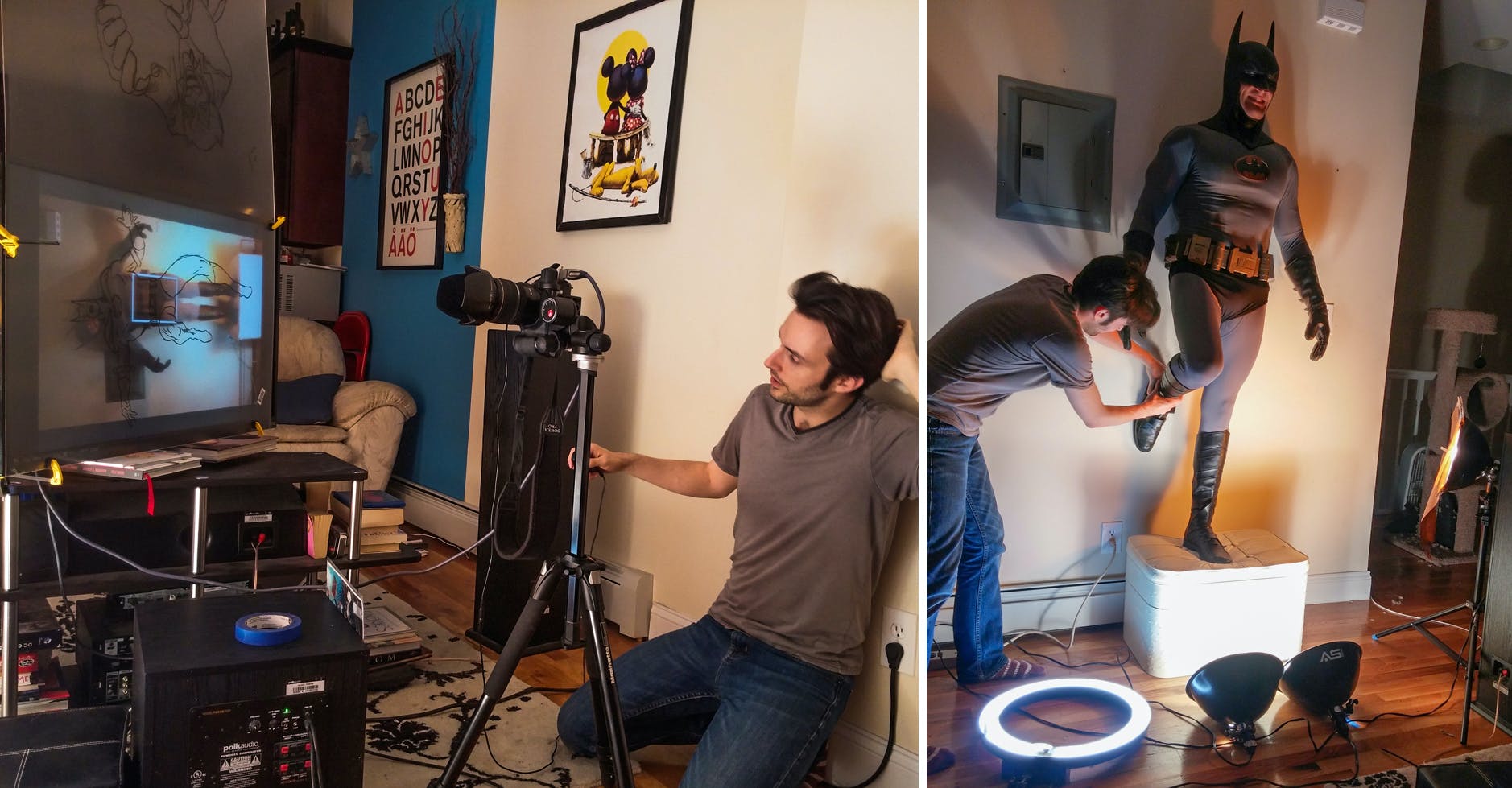 “Many detailed elements of the cityscape are also photographed. Things like lens flares from street lamps, automobile head, and tail lights, reflections and refractions of light on wet asphalt—all the little details that photograph very uniquely and are difficult to fake.”

When we last spoke to Misiano back in 2015, he was ready to leave his sinister grin behind for a bit while he focused on his acting career. So does this new project mean he’s back?

“I’m no longer dressing up at conventions, and in fact when I donned the makeup and suit again for this photo shoot it was my first time doing so in well over a year,” he said. “However if I have an idea and am genuinely inspired for a new personal creative project like this one, I don’t see any reason why I’d fight it.”

Let’s hope inspiration keeps striking for the internet’s favorite Joker (aside from Mark Hamill himself, of course).

If you want your own copy of “Five-Way Tribute,” Misiano has posters of the piece (and other prints of the Joker) available at his web store.