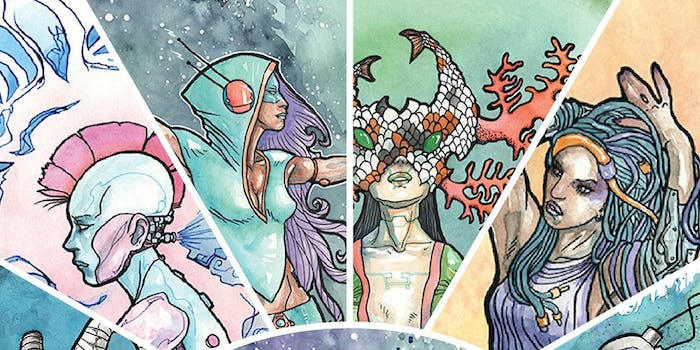 Android's Astrological Companion is a must-have for science fiction fans.

Combining futuristic androids and the astrological signs of the zodiac may seem odd, but one look at the Kickstarter for The Android’s Astrological Companion and you might wonder why somebody didn’t think up this unique melding sooner.

The crowdfunding campaign will support the creation of the hybrid art book and short fiction anthology, which features 12 illustrations of zodiac-inspired android women exploring the cosmos. Each one will have an accompanying story about their adventures. The project is the brainchild of writer Sheatiel Sarao and illustrator Cody Vrosh, the duo behind Binary Winter Press.

“Androids have long been a fantastic way for writers to explore the idea of self in science fiction. Zodiac lore is similarly rooted in the search for identity, so we thought it would be neat to merge post-human elements with this very human instinct,” Sarao told the Daily Dot.

According to Vrosh, the project initially began as a series of themed paintings he wanted to do because he always loved the abstract mythology of the zodiac with its “intriguing combination of lore and very specific attributes associated with each zodiac sign.” He enjoyed the idea of having a subject fairly open to interpretation, but also with distinct parameters like color schemes and character traits.

As for androids, Vrosh told the Daily Dot they were a result of his fascination with artificial intelligence and singularity technologies

“It blows my mind that science fiction often has a hard time keeping up with real science,” he said. “I like the idea of addressing old mythologies with futurist concepts. I wanted to put a new spin on zodiac imagery, so I decided on androids actually because of the disparity. It’s kind of like a frog with a banjo in a Brooklyn diner. Seemingly disparate elements that become really cool when put together.” 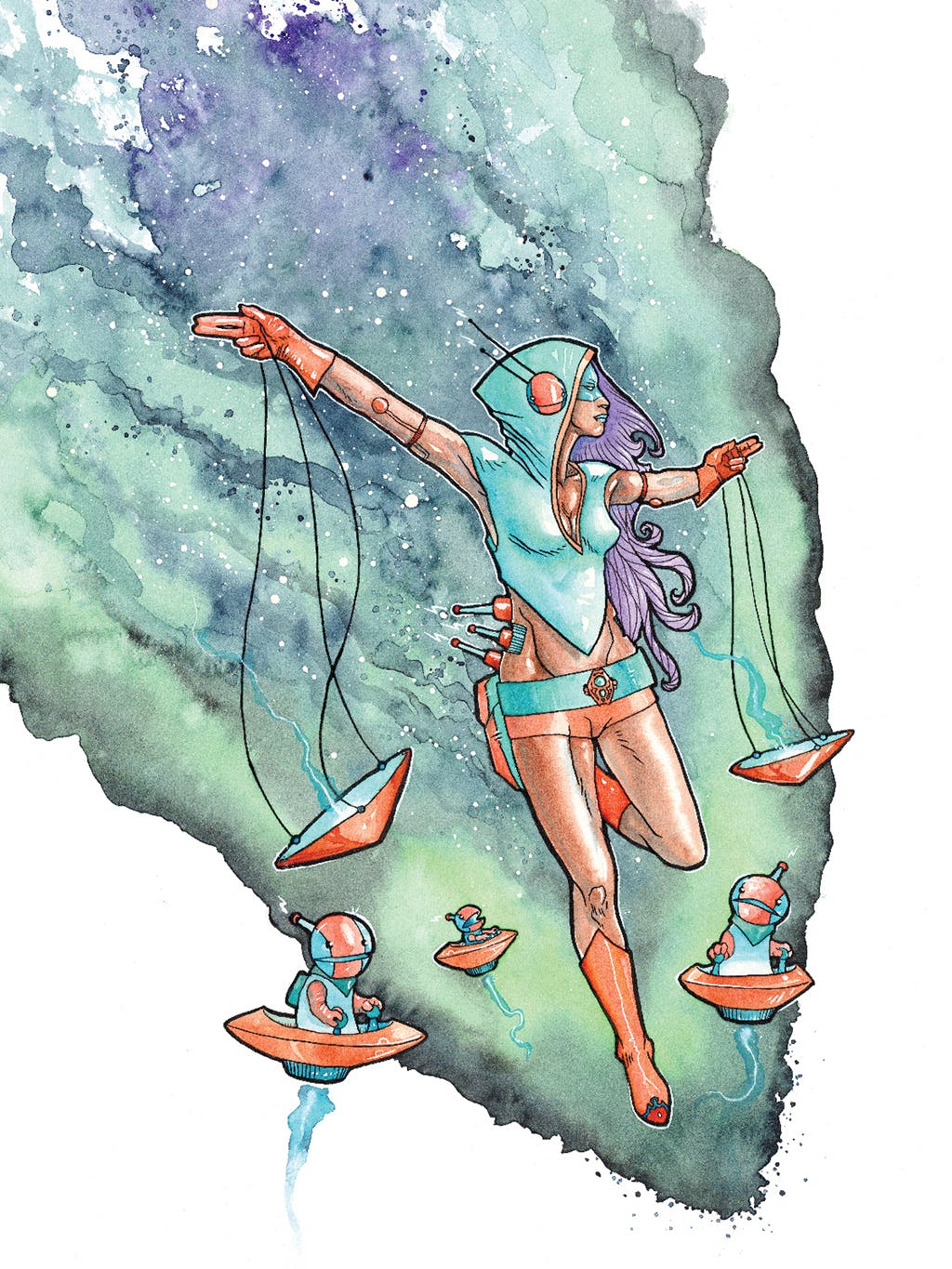 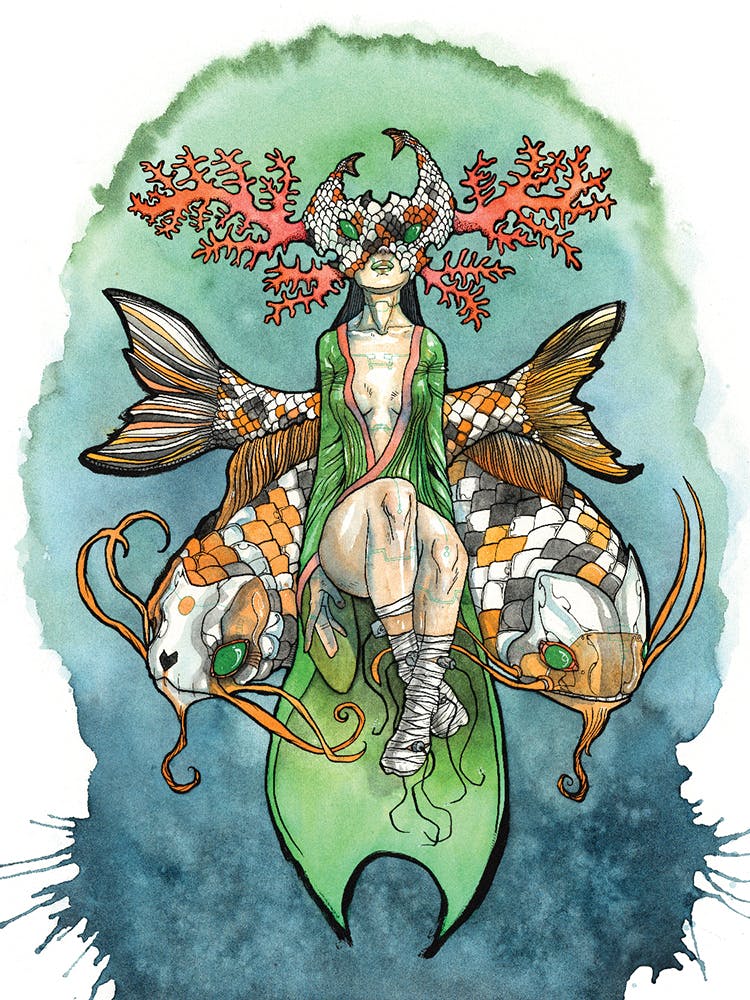 The resulting unique illustrations may have you imagining a range of adventures these androids are having out in the universe. You wouldn’t be alone in imagining their stories either. The book was actually put together with the illustrations coming first and then Sarao and Vrosh inviting authors to write stories about each android.

“As I paint, I always make up little story fragments about what’s going on in the piece. We thought it would be a fun experiment to invite a group of authors to write stories based on the illustrations,” Vrosh said. “Really, that’s the reverse method for how illustrated fiction is usually created, so we thought it would be an interesting approach to storytelling. And of course, since we’re book junkies, we couldn’t resist turning our project into a book.”

The final book will include 12 short stories inspired by the illustrations created by Vrosh. Authors already involved in the project include Megan E. O’Keefe, Brendan Cahill, Kelly Thompson, and Sarao herself. 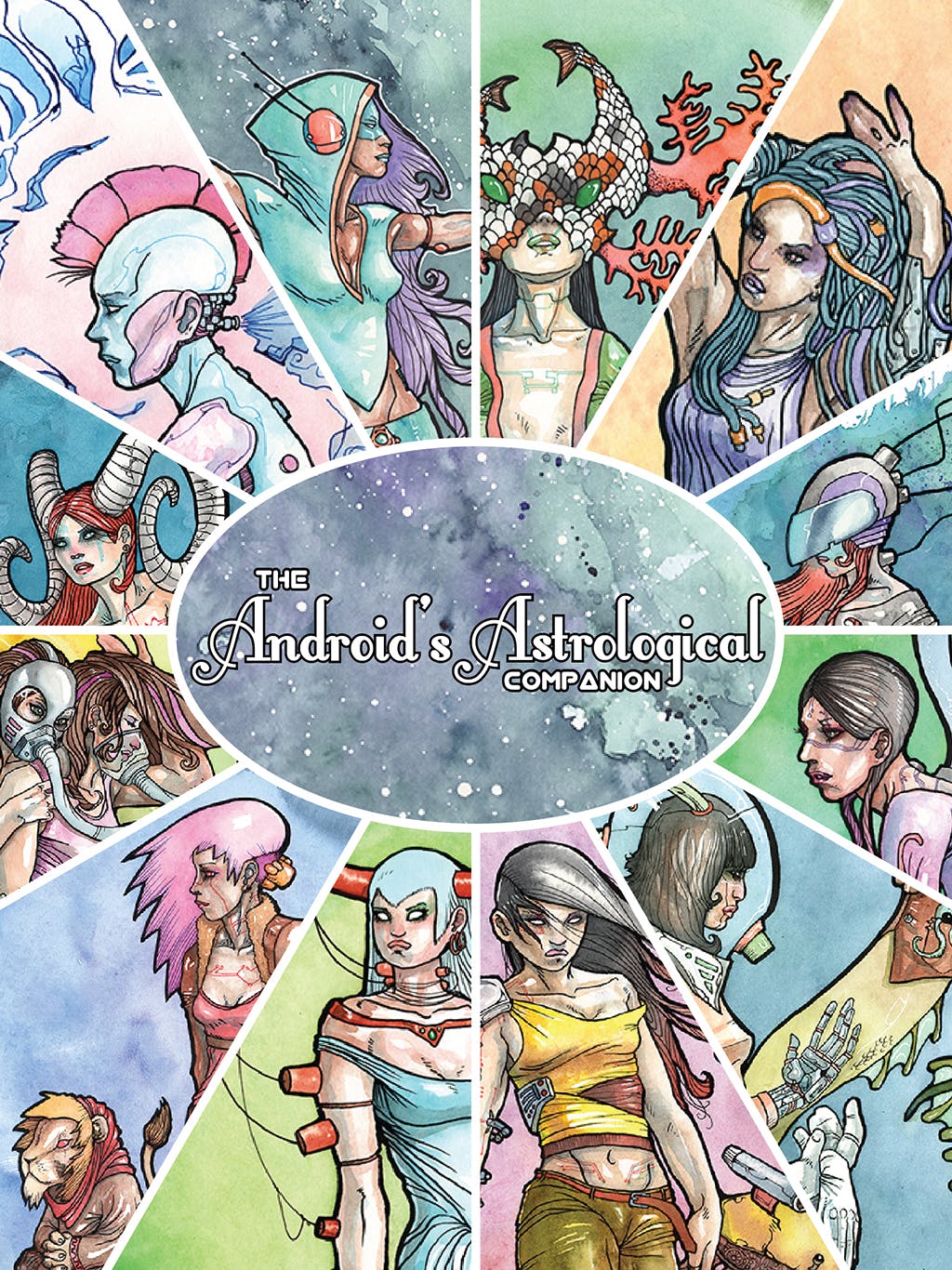 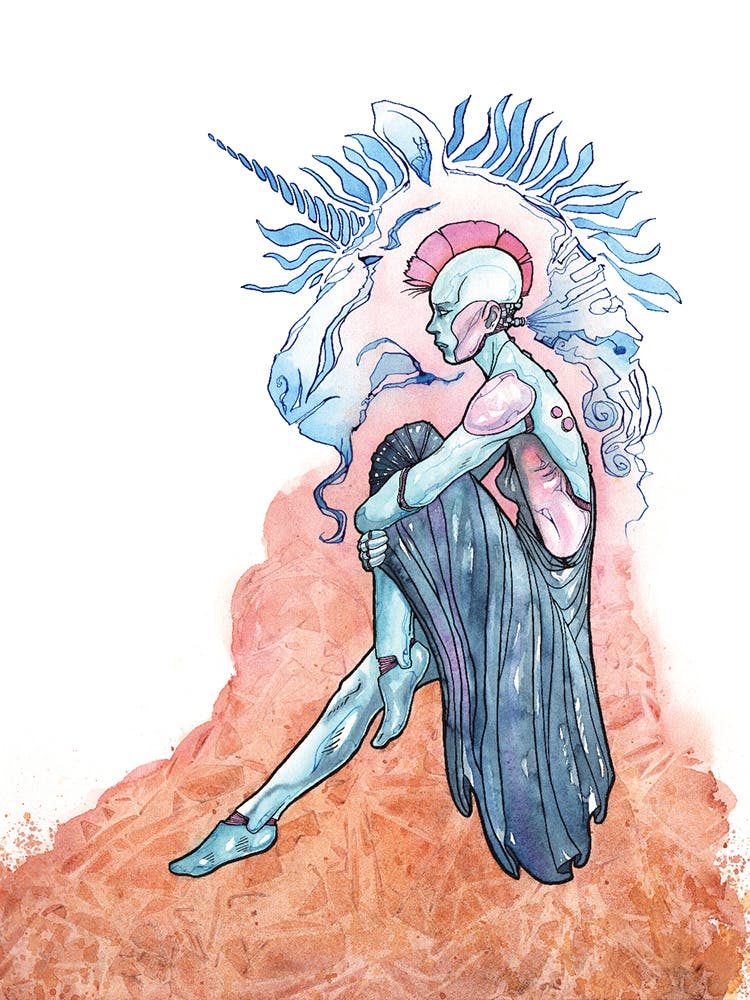 “We gave the writers very loose guidelines so when we got the stories back, we were excited to find that despite how inventive and unique each story was, they all fit together amazingly well as a shared universe,” Sarao said. “All the stories take place on different worlds, starships or outer moons, and feature a diverse group of android girls on marvelous adventures, some funny and whimsical, some reflective, some dark and action-packed.”

Clearly people are intrigued by the project. The Kickstarter has already surpassed its fundraising goal of $6,000 and raised more than $8,820, allowing Vrosh and Sarao to start fulfilling some of their stretch goals. They learned a lot from their previous Kickstarter campaign for the art book Coffee Creatures and had a great time using the site. That experience was one of the reasons they decided to turn to Kickstarter again.

“Crowdfunding is not only a great way to finance the printing, it’s an excellent proving ground and idea incubator. You have this community of people excited by new ideas who are ready to join you on these crazy artistic journeys,” Vrosh said. “Another wonderful aspect we discovered is that your connection with your backers lasts beyond your campaign. We exhibit at comic book conventions and we have past backers come by our booth at every con, always happy to chat about the book and eager to find out about new projects. We’ve made a lot of new friends this way.”

The campaign for The Android’s Astrological Companion ends on Oct. 22.