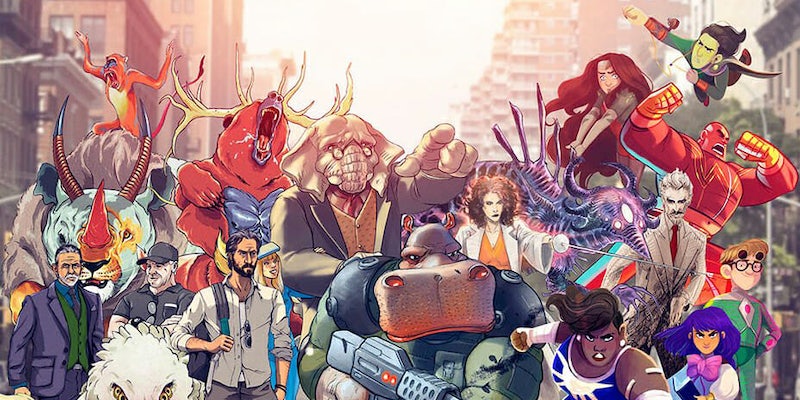 It's a major move for the comics industry.

On Friday, Amazon subsidiary ComiXology announced a slate of new, original comics and graphic novels for its ComiXology Originals program, according to Forbes.

Amazon announced the Originals program during a livestreaming event on Twitch, and many viewers watched along in Amazon stores and at a series of nationwide popups airing the livestream.

The upcoming releases cross a wide swath of genres, including an NFL player’s graphic novel (Savage Game, by Ryan Kalil), a YA miniseries (Superfreaks, by Elsa Charretier and Pierrick Colinet), and science fiction and fantasy (Richard Starkings’ Elephantmen 2261: The Death of Shorty and Ask for Mercy, respectively). These titles will be released in a number of formats, as well: Savage Game is a 60-page graphic novel, available for $4.99 via ComiXology and Amazon and as a $6.99 print-on-demand title from Amazon.com, while the other three titles will be released in a traditional single-issue miniseries format. Both the five-part Elephantmen and the six-part Ask for Mercy will be released monthly—with a print collections available once serialization is over via Amazon.com’s print-on-demand service. But all five issues of Superfreaks will be released simultaneously for binge reading.

The ComiXology program is part of Amazon’s attempt to expand interest for comics beyond their traditional audiences, according to executives interviewed by Forbes. All the content is creator-owned, so creators selected to be part of the originals program receive royalties and advances, and they retain ownership of media rights. Because they’ve partnered with Amazon, it’ll be much more likely these comics could be expanded into movies, TV shows, and games.

“We expect to be showing these works to folks around Amazon,” Steinberger said. “We’re open to all kinds of deals.”

Viewers of the announcement had mixed reactions on Twitter.

The big Comixology announcement on Twitch is a bit underwhelming so far. A few new comics, still no Comixology Unlimited in UK. Nice that they are also on Kindle Unlimited, though. Read Savage Game, wasn't great.

Editor’s note: This article has been revised to remove similarities to Forbes’ original report.