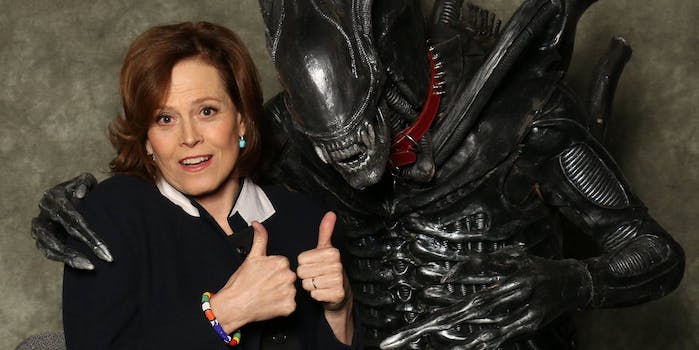 It looks like the third and fourth 'Alien' movies will be retconned to make way for the next sequel.

The future of the Alien franchise has been in flux for a while now, but a new interview with Sigourney Weaver confirms what many fans have theorized: the next film will ignore the third and fourth Alien movies.

There are two different strands of the franchise in production right now. The first is the prequel series that began with Prometheus in 2012, directed by Alien‘s Ridley Scott. The second is a direct sequel to the original Alien quadrilogy, directed by Neill Blomkamp (District 9) and seemingly starring Sigourney Weaver as Ellen Ripley.

In other words, Alien 5 will be set in an alternate timeline, much like the Kelvin universe of the recent Star Trek movies. The events of Alien 3 and Alien: Resurrection (which are nowhere near as beloved as the first two movies) will be retconned.

Meanwhile in the prequel series, Ridley Scott is currently filming Alien: Covenant as a direct sequel to Prometheus. The film stars Michael Fassbender and Fantastic Beasts and Where to Find Them‘s Katherine Waterston. While Noomi Rapace was thought to have left the franchise, her character was confirmed to return last month. Previously titled Alien: Paradise Lost, the film is named after a new spaceship, the Covenant.

BONUS: I just watched ‘Alien’ for the first time