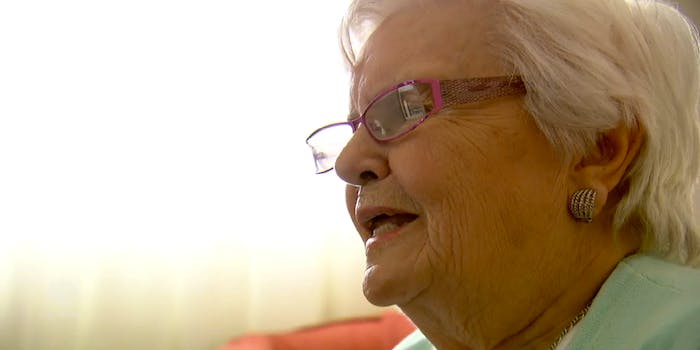 An 86-year-old Canadian woman told CBC News this week that she received an aggressive letter from a third-party property rights enforcement company claiming that she illegally downloaded a PC game and owed money.

Christine McMillan says she’s never even heard of the game Metro 2033, and had no reason to pirate it. A company called Canadian Intellectual Property Rights Enforcement (CANIPRE), however, insisted that her IP address has been used to download the post-apocalyptic war game.

McMillan told CBC News she thought the letter sent to her through her internet provider was a scam. “They didn’t tell me how much I owed, they only told me that if I didn’t comply, I would be liable for a fine of up to $5,000, and I could pay immediately by entering my credit card number.”

But it turns out not only is it not a scam, the letter is legal under relatively new Notice and Notice regulations in Canada’s Copyright Modernization Act. The rules were intended to make it easier for companies to crack down on illegal downloading by requiring internet providers to forward notices to customers identified by their IP addresses.

McMillan’s case illustrates how that leaves plenty of room for error. She said no one else has access to her computer, but it would be easy enough for someone to access her unprotected Wi-Fi connection. Even password-protected internet connections can be breached.

More troubling, the letters sent to customers by companies like CANIPRE who go after suspected illegal downloaders for clients who own the content in question don’t look like they’re just notices. They ask for a monetary settlement and threaten legal action.

Critics, like intellectual property lawyer David Fewer, say the law needs to be reformed so consumers aren’t frightened into paying potentially thousands of dollars to third-party property rights enforcers. He told CBC News he supports a form letter that would notify consumers about potential violations without threatening legal action or demanding a settlement.

“Receiving a notice does not necessarily mean that you have in fact infringed copyright or that you will be sued for copyright infringement,” it told CBC News.