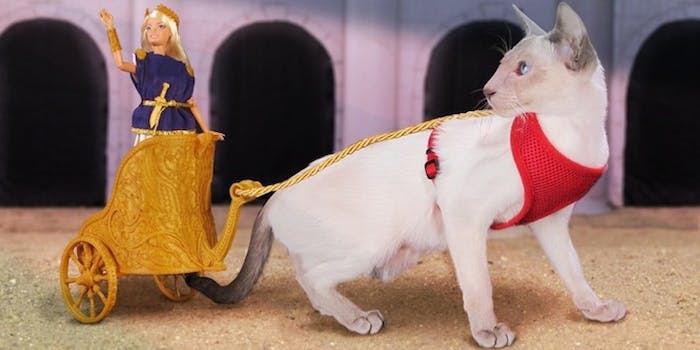 Someone is Kickstarting a 3D-printed cat chariot for your Barbie

Barbie becomes a Roman gladiator in this crowdfunding campaign.

In April 2014, Jim Rodda successfully funded a Kickstarter campaign for 3D-printed medieval armor and weapons compatible with the Barbie Fashionista doll line. With his digital plans you can easily get your Barbie dressed for  battle, an option long overdue for the doll.

Now Rodda is back with a new crowdfunding campaign for a 3D-printed toy that will transport Barbie to a Roman coliseum. It’s a chariot that can, in theory, be pulled by your own household pet.

Rodda’s new campaign called “Faire Play 2: When in Rome” sees Barbie gear up gladiator-style, with armor and accessories such as a trident, net, dagger, laurel, and combat-ready wedge sandals. It also features an awesome 3D-printed chariot that has some interesting potential. 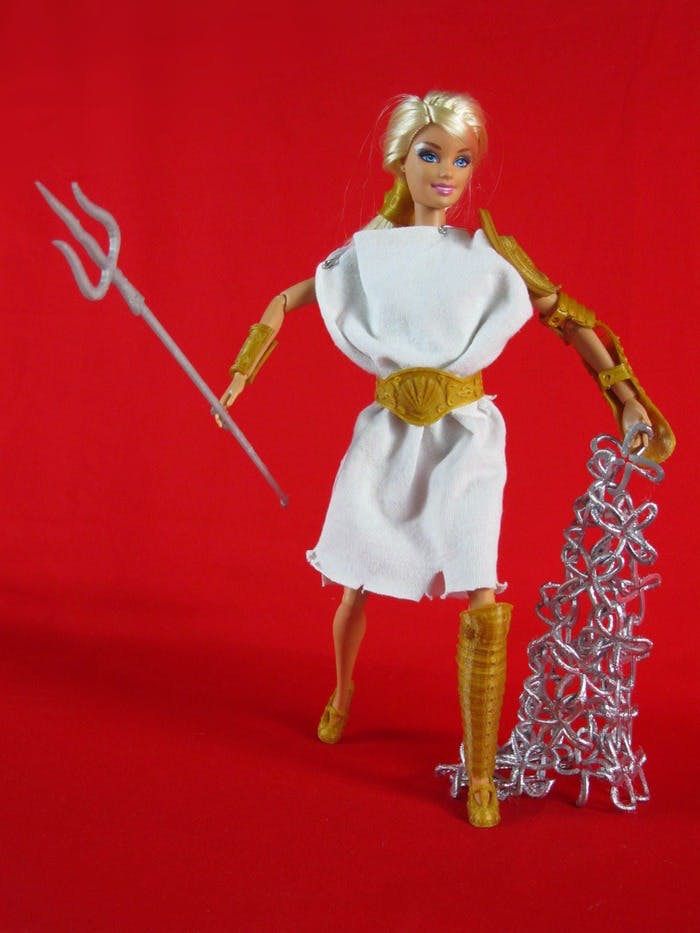 Faire Play 2: When in Rome/Kickstarter

“Faire Play demonstrated that people enjoy seeing Barbie in non-traditional roles, so revisiting the Barbie-as-warrior trope was a no-brainer for Kickstarter #2,” Rodda wrote in the Kickstarter description. “But what else does the Internet like? Cats. I’m told the Internet likes cats.”

Rodda came up with the idea when his new cat Coco arrived while he was looking for a project hook. The result is a chariot that can potentially be pulled by your cat, though we’re sure your cat could have a strong opinion on the matter. (In fact, it’s probably best if you leave your kitty out of it.)

Beyond toys, the funding of this Kickstarter will also support Rodda’s dream of opening a 3D print shop.

“I’ve got plenty of ideas and I’ve got a 3D printer, but lack the infrastructure necessary for churning out designs at anything approaching craft-batch quantities. That’s where your backing comes into the picture,” Rodda wrote.

If he succeeds we hope we see more unconventional options for Barbie like these 3D printed items. After all, a lot of kids would probably love to trade in their pink convertibles and standard wardrobes for options like a chariot and armor!

Photo via Faire Play 2: When in Rome/Kickstarter