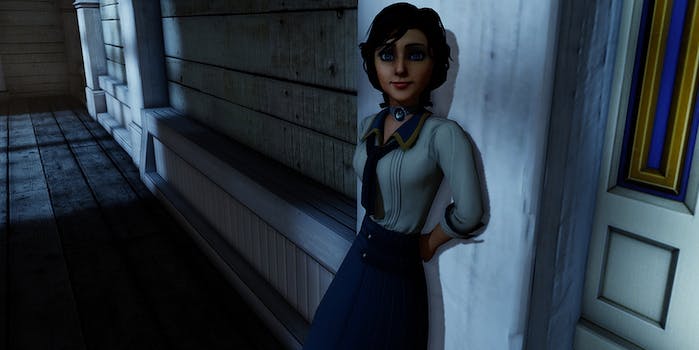 The number of female video game developers has doubled since 2009

Increasing number of female workers could bring about better representations of women in games.

This week, the International Game Developers Association (IGDA), released the results an industry-wide workplace study. Among a number of illuminating findings about the quality of life and pay for video game makers, was news that women now make up 22 percent of the industry’s workforce. That’s up from 11.5 percent back in 2009.

The increase itself is good news, but the raw numbers mean the video game industry is still predominantly male. Seventy-six percent of video game developers are men, while 2 percent are transgender or androgynous.

Many blame the lack of female developers for the poor representation of women in video games and the misogynistic attitudes that can often permeate on gamer forums.

These are issues on the minds of a lot of gamers, coming hot off the heals of E3, the gaming industry’s annual showcase event. Many bloggers expressed frustration at a line-up of new video game characters that look like the same old male protagonists. People were especially disappointed at the preview for the next installment in Ubisoft’s popular Assassin’s Creed series, which featured not a single female playable character. Ubisoft claimed it didn’t have the resources to include such a character, a defense derided by many critics.

Many assume that an increase in the number of female developers will lead to better representations. However, further findings from the IGDA report suggest that attracting new talent of any gender is tough at this point.

The survey found low pay and a high “burnout” rate among game developers. The majority of developers make less than $50,000 a year. And more than half of developers who left their job said they were either burned out by the workload or wanted a better quality of life. Developers may also be turned off by the “crunch” period many projects go through prior to deadline. During crunch, developers are expected to work beyond normal hours – sometimes without additional compensation. Roughly 24 percent of developers say they feel crunch periods are unnecessary.

On top of these factors, women in the gaming industry also have to deal unjustified criticism and sexist attacks from gamers. For instance, last year, when it was announced that Julie Larson-Green, a 20-year veteran engineer at Microsoft, was put in charge of the Xbox division, she was greeted with a wave of misogynistic attacks.