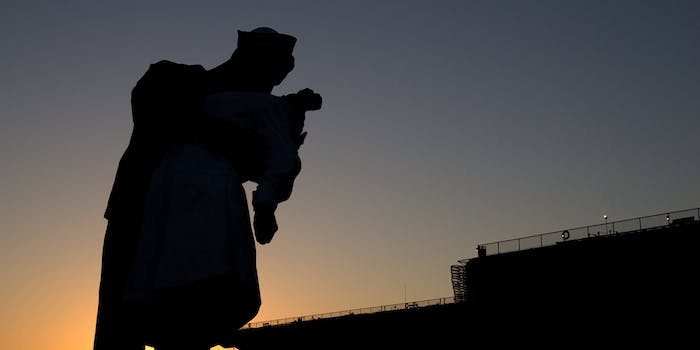 Recent reports indicated service personnel stationed in the Iraq capital and throughout the Middle East are using the classifieds site for hookups. Some American military members posed for nude photos to entice would-be lovers. It’s not illegal, but the Naval Criminal Investigatave Service is trying to stamp out the practice.

After wide press coverage, both civilians and service members alerted G.I. Joes and Janes of the crackdown.

“Military Be Aware Sting [Operation],” read one listing, spotted by the Air Force Times, that urges randy service members not to explicitly seek sex on Craigslist. Others provided advice on how to seal the deal and still avoid military entrapment. A 26-year-old Seattle guy suggested servicemen and women invite strangers for a drink or workout and let them initiate intimacy, just in case they happen to be investigators.

Other Craigslist users in the States offered hookups when service personnel get back from the Middle East. One post offered two dudes a casual hookup with “a real American wife as a thank you for all you guys keeping us safe.”

Yet the warnings haven’t discouraged soldiers from seeking out brothers-in-arms (and -bed). There are still new posts from users hoping to go deep into uncharted territory with some strangers.