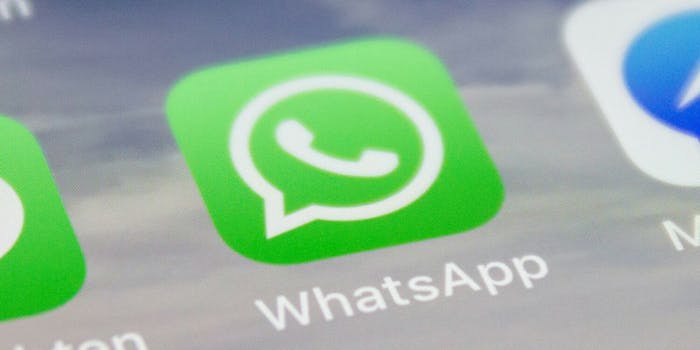 A severe vulnerability in the popular messaging platform WhatsApp allowed hackers to remotely compromise phones just by calling them.

The issue, first reported by the Financial Times, allowed hackers to take over both iPhone and Android devices and install powerful malware even if the target did not answer the call.

Once installed, the malware could do everything from collect private messages to activate the phone’s microphone and camera.

WhatsApp, which boasts more than 1.5 billion users, says it discovered the vulnerability earlier this month while improving the app’s security.

According to the Financial Times, NSO Group, an Israeli spyware company known to work with governments, is responsible for the malware. The company’s exploits have repeatedly been linked to the hacks of journalists, human rights workers, dissident, and lawyers.

While WhatsApp did not name the NSO Group specifically, it did not deny the Financial Times’ reporting. Speaking with Ars Technica, a WhatsApp representative stated that “an advanced cyber actor” was behind the incident.

“The attack has all the hallmarks of a private company reportedly that works with governments to deliver spyware that takes over the functions of mobile phone operating systems,” WhatsApp said.

John Scott-Railton, a senior researcher with surveillance watchdog group Citizen Lab, says one of those targeted by the WhatsApp attack was a human rights lawyer based in the U.K. Scott-Railton also stated that the lawyer was representing, among other clients, a Saudi dissident in Canada currently suing NSO Group.

Perhaps most famously, NSO Group malware was used against journalist and Saudi government critic Jamal Khashoggi, who was killed and dismembered shortly after being lured into the Saudi Consulate in Istanbul last year.

Following news of the WhatsApp issue, Amnesty International, which had its employees targeted with NSO Group spyware last year, announced Monday that it would join a lawsuit against the Israeli company. The aim of the lawsuit is to have the Israeli government revoke NSO Group’s export license for selling its spyware to hostile regimes.