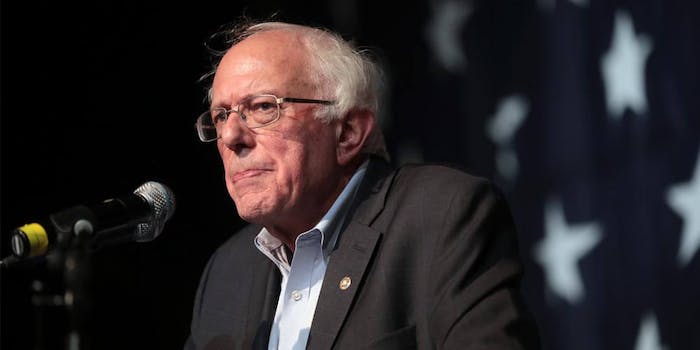 'He is no longer with the campaign and we wish him the best.'

The presidential campaign for Sen. Bernie Sanders (I-Vt.) has parted ways with a new staffer after tweets containing anti-Semitic, homophobic, and misogynistic content were discovered.

The staffer, Darius Khalil Gordon, just announced on Wednesday that he would be taking on the role of deputy director of constituency organizing.

Conservative outlet the Washington Free Beacon revealed on Thursday that Gordon had sent out numerous offensive tweets in 2010, 2011, and 2012.

The tweets, which have since been deleted, are littered with homophobic slurs, disparaging comments toward women, and references to “Jew money.”

The Sanders campaign confirmed to CNN on Friday that it had severed ties with Gordon but that it wished him well.

“He is no longer with the campaign and we wish him the best,” Mike Casca, the communications director for the campaign, told the outlet.