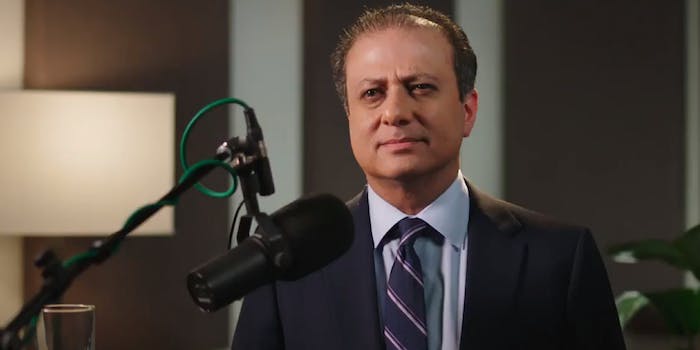 Bharara goes into detail about how he was fired by Donald Trump.

Bharara’s new show, Stay Tuned with Preet, will air on Thursdays on WNYC. In the first episode, the former U.S. attorney tells his side of the March 11 firing and speaks with former Secretary of Defense and CIA Director Leon Panetta.

In the episode, Bharara says he had a Nov. 30 meeting in Trump Tower with then president-elect Trump where he told him he wanted him to stay on as the U.S. attorney for the Southern District of New York. Just a few months later, however, he was asked to resign. Bharara explains that it is not normal for presidents to reach out to U.S. attorney’s, which made him uncomfortable–so much so that his team considered recording, or having a third party listen to, a phone call requested by Trump.

Bharara, who has become an outspoken critic of Trump’s on Twitter since his ouster, is known as an attorney that cracks down on Wall Street and corruption.

He also gained notoriety for winning a conviction against Ross Ulbricht, the founder of infamous darknet market Silk Road

It is customary for presidents to turn over U.S. attorneys across the country when assuming office.

Bharara goes into extreme detail about what he did following Trump’s election, meetings and phone calls he had between Trump and his team and the fallout afterward. Throughout the podcast, the former U.S. attorney continuously calls the events surrounding his eventual firing “odd.”

You can listen to the podcast on WNYC here. Hear the first episode below: