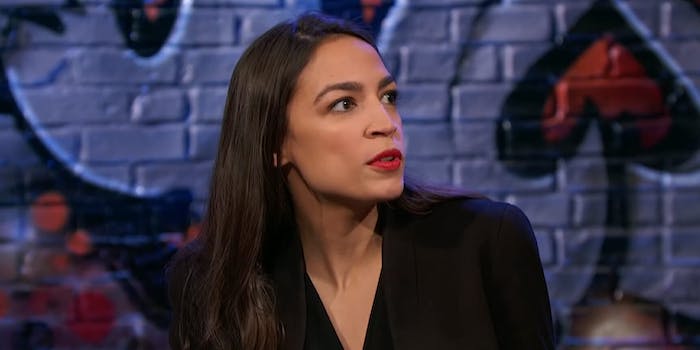 Ocasio-Cortez slams trolls who come at her with ‘weak’ memes

'How do you have a computer that runs both Windows 95 and Twitter at the same time?'

Rep. Alexandria Ocasio-Cortez (D-N.Y.) shot back at critics who use memes to mock her online, labeling them “so weak.”

The New York lawmaker made the remarks during an appearance on Showtime’s Desus & Mero.

When asked whether she regretted getting into politics because of the attention and criticism she gets online, Ocasio-Cortez said it only validated her choices.

The congresswoman then addressed the memes, joking that they were poorly made.

The discussion continued and she was asked if she thought the critical memes were “weak.” Ocasio-Cortez agreed, calling them “so weak,” adding:

“It’s like, how do you have a computer that runs both Windows 95 and Twitter at the same time?” she said, getting laughs.