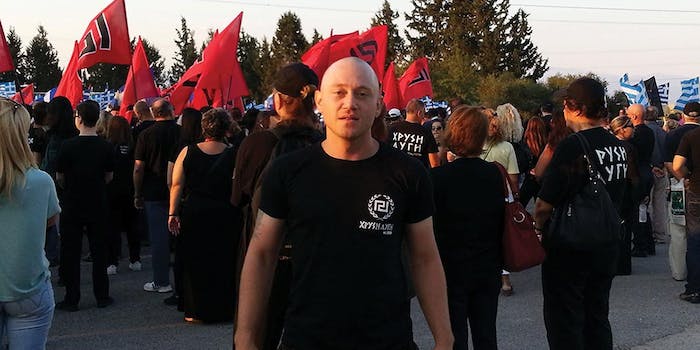 He must also delete all the posts about her from the site.

A federal judge ruled on Monday that the founder and editor of the neo-Nazi and white supremacist website the Daily Stormer should pay $14 million to a Jewish woman he orchestrated a harassment campaign against.

The lawsuit was filed against Andrew Anglin by the Southern Poverty Law Center on behalf of Tanya Gersh, a Jewish real estate agent in Montana, who Anglin instructed his followers to “Troll Storm.”

According to Buzzfeed News, Gersh was trying to help the mother of infamous white supremacist Richard Spencer, when Spencer made a post about her on Medium in late 2016, claiming Gersh was trying to extort her. The next day Anglin made his first post about the Montana realtor on the Daily Stormer, titled  “Jews Targeting Richard Spencer’s Mother for Harassment and Extortion — TAKE ACTION!”

Anglin didn’t just stop at one post. Court documents say he made over two dozen posts about Gersh, including publishing her contact information and writing, “If you’re in the area, maybe you should stop by and tell her in person what you think of her actions.”

As a result of Anglin’s posts Gersh, her coworkers, and her family, including her 12-year-old son, have been the target of ongoing anti-Semitic harassment, and sometimes even violent threats. Besides the $14 million, the judge also said Anglin must remove all the posts about Gersh from the Daily Stormer website, as harassment against her and her loved ones still persists. The $14 million figure consists of $4 million in compensation for Anglin, in addition to the state maximum for punitive damages, $10 million.

Judge Jeremiah Lynch said of his decision that he went with the highest possible amount in order to “punish Anglin and deter him from engaging in such conduct in the future.”

Anglin himself has not been present in the court proceedings, and his lawyers say his refusal to cooperate with scheduled depositions put them, “in a difficult position.” Judge Lynch’s ruling is only preliminary, but it is expected that the chief judge for the District of Montana, Dana Christensen, will follow his lead for the final ruling.