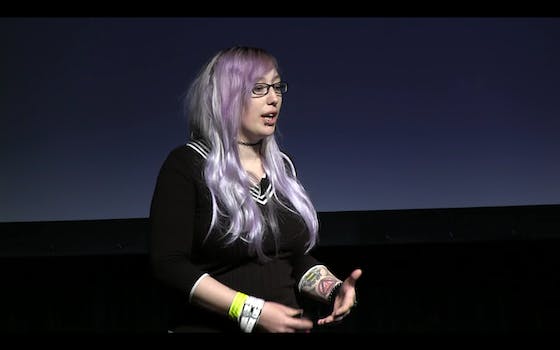 Quinn said she dropped her case, claiming that the justice system is 'meant to punish, not protect.'

In a blog post titled “Why I Just Dropped The Harassment Charges [Against] The Man Who Started GamerGate,” Zoe Quinn detailed why criminal charges against her ex-boyfriend, Eron Gjoni, are no longer being pursued.

In response, Gjoni—the man who inadvertently started the gaming-industry culture war—said that the legal fight was still on.

Gamergate began with Gjoni’s lengthy written attack on his ex-girlfriend. In “the Zoe post,” Gjoni alleged that Quinn had cheated on him with a gaming-industry journalist and other gaming-industry insiders in order to advance her career.

Despite prominent gaming outlets like Kotaku finding “no compelling evidence” to support Gjoni’s claims, his post sparked cries among gamers of corruption in gaming journalism, leading to the much-parodied catchphrase, “it’s about ethics in journalism.” The Zoe post quickly became ground zero for Gamergate, which rages on to this day. Meanwhile, Quinn shot to the top of the list of gaming’s most harassed women.

Gjoni is now widely considered a de-facto leading voice in the Gamergate movement, and Quinn’s story of harassment at the hands of Gamergaters has become so famous that Hollywood is clamoring to tell it on the silver screen.

In September 2014, Quinn filed for a restraining order against Gjoni in Massachusetts, which followed a previous complaint to the FBI. Gjoni appealed and continued appealing despite a motion from Quinn to vacate the order in October 2015.

According to Renee Nadeau Algarin, deputy press secretary for the Suffolk County District Attorney’s Office, Suffolk prosecutors previously pursued against “charges of violating a restraining order” against Gjoni, but those charges were terminated in November “with the intent of instead pursuing a charge of criminal harassment.”

On Wednesday, Feb. 10, Quinn announced those charges were no longer being pursued. Algarin clarified to the Daily Dot on Feb. 17: “[A]fter a full consultation with the victim, we have decided to honor her wishes not to pursue the case.”

Quinn claimed, in a lengthy description of the toll the court case had taken on her, that her short-lived restraining order against Gjoni had done more harm than good:

Ironically, getting a restraining order against Creep Throat was the least effective thing I could do in terms of getting him out of my life for good, and for protecting myself. I’ll discuss the hot mess of problems around that experience at a later time. Without getting into a long, complicated blow by blow, every time something happened or the case was updated, he’d run back to the mob and make promises and jokes and pleas for more money. The mob would respond by going after me, my family, and anyone else they decided was involved. The mythology surrounding me would expand, conspiracy charts would “prove” I am secretly rich and really deserved it all along, and inspire more threats, stalking, and abuse. The cycle repeated itself endlessly. People kept getting hurt for being close to me, for a poorly worded restraining order that did nothing.

Quinn also claimed that the justice system is set up to “punish, not protect,” and that “[t]rying to get the law to protect me has only continually put me in harm’s way.” Quinn also noted that she feared an adverse ruling given a recent similar court case related to Gamergate. In that case, the court dismissed criminal harassment charges against a Gamergate proponent, in part because the alleged harassment happened on Twitter.

On Reddit, gamers celebrated the development, treating it as a victory for Gjoni and a sign that he would have beaten the charges had they gone further.

But the legal saga isn’t over just yet. An appellate court filing indicates that, as of Feb. 5, Gjoni’s appeal to Quinn’s original restraining order remained active. Oral argument is scheduled for March 18.

Speaking to the Daily Dot by email, Gjoni confirmed that his appeal was still ongoing. Gjoni states the protective order served as a “gag order,” unconstitutionally limiting his free speech rights.

Gjoni speculated to the Daily Dot that Quinn had “vacated [the protective order] in hopes of avoiding scrutiny from a higher court” after his lawyers argued that it was unconstitutional. Gjoni has said previously that his goal in pursuing the appeal is to “try to make case law protecting other people (in Massachusetts anyway) from being unconstitutionally subject to similar orders.”

“The order she opted for is notorious for its potential to be misused as a means of subverting the First Amendment,” Gjoni told the Daily Dot.

“Legal scholars have been concerned about this for years (decades?) and have been making slow and steady progress to establish legal boundaries on what these orders can and cannot be used for,” Gjoni continued. “As it stands, in most states, they are kind of a golden ticket you can get in about 5 minutes with pretty much no evidence whatsoever.”

In her Tumblr post, Quinn observed that Gjoni’s continued ability to speak about her, and the existence of the court case, effectively escalated harassment toward her from his supporters. She also asserted that Gjoni has profited financially from the case’s continuation—a claim that Gjoni contested in his response, also posted on Tumblr.

Quinn was most likely referring to gamers crowdfunding Gjoni’s legal fees. To date, Gjoni has raised nearly $50,000 to cover his defense, including $17,000 for a “stretch goal” that allowed him to pursue his appeal.

In his email to the Daily Dot, Gjoni protested any implications that he had profited from the court case.

“Getting paid implies the money is going to me,” he said. “All of the money goes to lawyers (who are passionate enough about the issues at stake to be taking the case on at discount).”

Gjoni told the Daily Dot that he couldn’t predict how the case would move forward, but he said it “seems very unlikely that they could legally justify a ruling in her favor.”

Quinn told the Daily Dot in an email that she was reticent to “engage or argue” or participate in a back-and-forth with Gjoni through the media. In her Tumblr post, she expressed hope that dropping the case rather than pursuing it further would allow her to heal—and to devote more energy to projects like Crash Override, an organization she co-founded last year to help guide victims of online harassment and doxing through the rocky process of dealing with their predicament.

Correction 2:42pm CT, Feb. 13: A previous version of this story incorrectly identified the legal action taken by Zoe Quinn against Eron Gjoni. In September 2014, she filed for a restraining order. The district attorney pursued separate but related charges against him. We have edited this story for clarity and to include further context about the history of Gamergate. The headline has also been clarified.