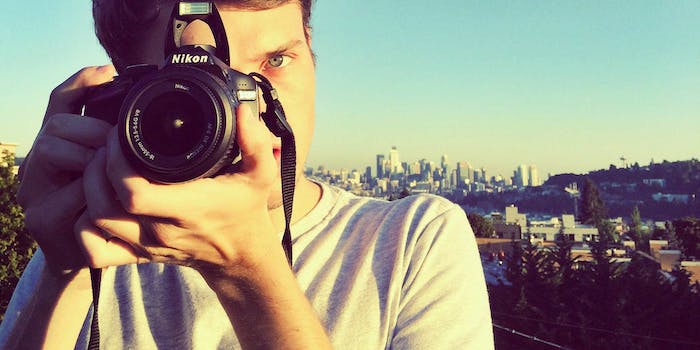 A stunning look through the lens of #WorldPhotographyDay

These gorgeous photos will put your filtered selfies to shame.

In 1837 two Frenchmen by the name of Joseph Nicèphore Nièpce and Louis Daguerre invented the great-great-great-grandfather of the selfie when they created the photographic process known as the Daguerreotype. For two years the duo perfected their technique before the French government bought the patent on Aug. 19, 1839, and democratized image creation forever by releasing the rights as a “gift to the world.”

Nearly two centuries later, photography has evolved to become one of the most versatile forms of art in existence. Everything from the shows we watch to the pics we post to Instagram can trace their lineage back to those men. In an effort to celebrate just how far photography has come, an ambitious young Australian by the name of Korske Ara began the holiday known as World Photo Day on Aug. 19, 2010.

Since then, the celebration on the anniversary of the Daguerrotype’s release has evolved to become an all-out bonanza. This year we chose to take part by inviting our readers to share some of their favorite images with us on Instagram and Twitter using the hashtag #DDWorldPhotoDay. Photos poured in from around the globe and reminded us that sometimes getting away from screens is a good thing.

Happy World Photography Day! One of my favorites that I took in Broadway, England. #DDWorldPhotoDay pic.twitter.com/x0K023b5O9